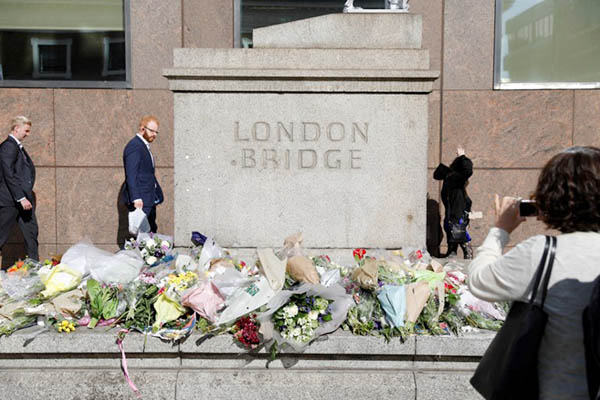 As outrage grows over the revelation that at least one of the London attackers was a well-known Islamist, authorities admitted on Tuesday that their hands were often tied in tackling even known threats.

The issue of counter-terrorism has rocked the campaign for Britain’s national election on Thursday and put Prime Minister Theresa May and the country’s security establishment on the defensive. Police said that after three deadly attacks in three months they could hardly keep tabs on 3,000 people on the terror watch-list and 20,000 who have been on the intelligence radar in the past. And this despite sweeping new surveillance laws, particularly for online communications.

Peter Neumann, professor of security studies at King’s College in London, said it was simply “not possible” for a Western democracy to keep a close eye on all potential suspects. “There is a huge capacity problem that is similar to other Western European countries,” he told AFP. “Monitoring one person 24 hours a day requires about 20 officers.”

One of the London Bridge assailants, Khuram Shazad Butt,a 27-year-old Pakistan-born Briton, was known to the police and MI5 intelligence service. He even featured in a television documentary entitled The Jihadis Next Door. The status of one of the other assailants, Youssef Zaghba, 22, as a potential militant was passed on to the British and Moroccan secret services, according to Italian media reports. But British police said he and the third attacker Rachid Redouane, were not known to police or MI5 and there was no prior evidence of an attack plot.

The three of them carried out the terror attack in central London on Saturday, which left seven people dead and dozens more injured.

London police chief Cressida Dick said the recent string of attacks in Britain, which has claimed 34 lives since March, was “unprecedented in my working life” but risked becoming the new normal. “We in this country have faced a terrorist threat throughout my life—it changed and morphed and we will change and adapt to what appears to be a new reality for us,” she told the BBC.

She warned that while police had managed to foil five attacks in recent months, it was possible they were witnessing the start of a wave of copycat assaults by freshly emboldened homegrown radicals. “Undoubtedly when people see something which appears from their perverted point of view to be successful, some people will be inspired by that,” she said.

Neumann agreed with her pessimistic assessment, although he said that other European countries were even more likely to remain in the jihadists’ crosshairs. “It’s part of the ongoing wave of terror which started in 2014 and has affected all of Western Europe,” he said. “Over the long term, countries like France and Belgium will be more severely affected.”

As the Islamic State group, which claimed the three British attacks, loses territory in Iraq and Syria, its focus is likely to shift to assaults on the West, said Otso Iho of Jane’s Terrorism and Insurgency Center. “It is seeking to project its influence and maintain its relevance by inspiring, encouraging, and—though there does not appear to be evidence of this in the latest U.K. plots to date—directing attacks in Europe and elsewhere,” he told AFP.

Policing has become a flashpoint of the British political debate, with Labour leader Jeremy Corbyn on Monday calling on May to quit over the loss of 20,000 police jobs, mostly during her six years as interior minister under previous prime minister David Cameron.

London Mayor Sadiq Khan, a Labour party member, said a future Conservative-led government would introduce further cuts. “If the Metropolitan Police budget is being shrunk and reduced, they have got to prioritize and use their resources in a sensible way,” he told ITV television, advocating neighborhood policing. “The three men responsible for the attack on Saturday night hadn’t come from overseas, they were to all intents and purposes integrated into our national life. One of them was an Arsenal fan.”

May has insisted that while Britain has made “significant progress” in thwarting its jihadist scene, “there is, to be frank, far too much tolerance of extremism in our country.” A scheme called Prevent, set up after the July 2005 London bombings, promotes grassroots anti-radicalization programs among Muslim communities.

Neumann called Prevent “right in principle” but said Britain had “over-securitized its anti-radicalization policy” and thus risked alienating the people who could be its most effective partners. “Outreach to Muslim communities is good but there is no need for police to be in charge of everything,” he said.