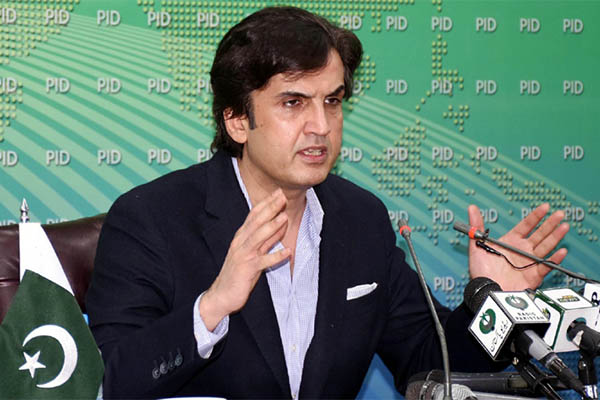 The Government of Pakistan, led by Prime Minister Imran Khan, on Monday announced a major cabinet reshuffle, with Khusro Bakhtiar resigning as National Food Security minister and being handed the Economic Affairs ministry.

In a series of announcements, the government said that Bakhtiar would be replaced with Pakistan Tehreek-e-Insaf leader Fakhar Imam. Meanwhile, the former Economic Affairs minister, Hammad Azhar, has ben tapped to head the Ministry of Industries.

Azhar’s new post as Industries minister appears to overlap with the ambit of Abdul Razak Dawood, adviser to the P.M. on Commerce, Textile, Industry and Production and Investment. However, the government has not issued any statement on whether Dawood’s role would change following Azhar’s appointment.

“I am grateful to my leader Imran Khan for entrusting me with the portfolio of Industries. This is a heavy responsibility, especially during these challenging times. May Allah give us all the strength and ability to overcome all difficulties and lay foundations of a Naya Pakistan,” Azhar posted on Twitter after the new posting was announced.

The government announced that P.M. Khan had accepted the resignation of Muttahida Quami Movement-Pakistan’s Khalid Maqbool Siddiqui as federal minister for information technology, which he had submitted in January. Instead of Siddiqui, MQM-P’s Aminul Haq will now hold the position of Telecommunications minister.

Separately, former Punjab government spokesman Shahbaz Gill posted on Twitter that businessman Jahangir Khan Tareen had been removed as the chairperson of the Task Force on Agriculture “in light of findings of sugar and wheat inquiry report.” However, Tareen responded within minutes, claiming he had never served as the chairman. “I was never chairman of any task force,” he posted on Twitter, demanding to be shown a notification that proved he had served in that role.

The reshuffle comes two days after the Federal Investigation Agency released reports on the sugar and wheat crises that had been plaguing Pakistan at the end of last year and beginning of this year. The report on the sugar crisis named Bakhtiar, then the minister for national food security, as a beneficiary, in addition to Tareen, a PTI leader.

According to the reports, PTI’s Tareen, Bakhtiar and PML-Q’s Monis Elahi and their relatives were involved in a scam that drove up the prices of the basic commodities. On Monday, P.M. Khan said he would wait for a detailed forensic report—due by the end of the month—before taking action against anyone.