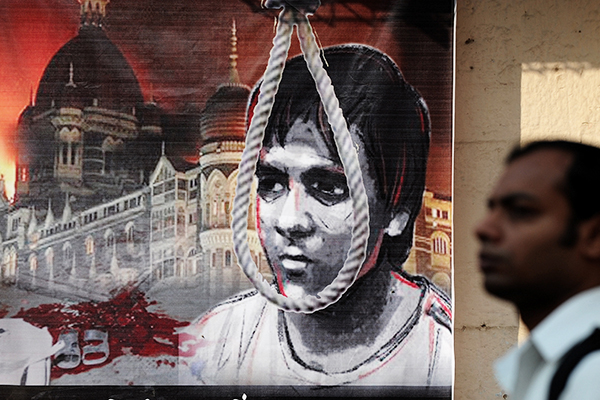 Lawyer says India has provided only information, not solid evidence.

Lawyers for seven Pakistanis accused of involvement in the 2008 Mumbai attacks said on Monday—a day before the fifth anniversary of the assault that left 166 people dead—that the case against them “lacks evidence.”

The three-day onslaught by 10 heavily-armed men on high-profile targets in India’s financial capital was blamed on Pakistan-based militant group Lashkar-e-Taiba. Pakistan charged seven men in 2009 over the attacks, but has insisted it needs to gather more evidence, in India, before proceeding further. This has infuriated New Delhi.

Rizwan Abbasi, a lawyer for the men, said the Indians only had themselves to blame for the slow progress. “This case has many legal flaws and lacks evidence. It is being delayed in Pakistan because India has failed to provide the required evidence against the accused,” he told a news conference. “By hanging [Ajmal] Kasab, India destroyed the only living evidence of these attacks and created problems for investigations in Pakistan,” he said.

The only gunman to survive the siege, Pakistani-born Kasab, was tried in Mumbai and hanged late last year for waging war against India, murder, and terrorism.

New Delhi has branded Pakistan’s attempts at prosecuting the men a “facade” and has insisted it has already handed over enough evidence to convict the accused. In July last year, Pakistan told India that fresh evidence in the case was inadmissible because Pakistani lawyers were not given the chance to cross-examine Indian officials.

Abbasi said the dossiers handed over by India contained only “information and no solid evidence.” “There was also no proof that the attackers had any link with my clients because the phone numbers Indian authorities said were used for the contacts were not of Pakistani companies,” Abbasi said.

New Delhi has accused elements of the Pakistani state—notably its Inter-Services Intelligence agency—of involvement in the attacks, which Islamabad denies. The failure of the legal process in Pakistan to convict anyone over the bloodshed, which was broadcast around the world on live television, has hampered efforts for a lasting peace agreement with India.

Hafiz Saeed, Taiba founder and the alleged mastermind of the Mumbai attacks, lives openly in Pakistan despite a $5-million U.S. government bounty on him. Last month, India and the U.S. agreed to step up measures to halt funds flowing to extremist groups in Pakistan, naming Taiba in particular.