Casualties as Boat Capsizes in Khyber-Pakhtunkhwa 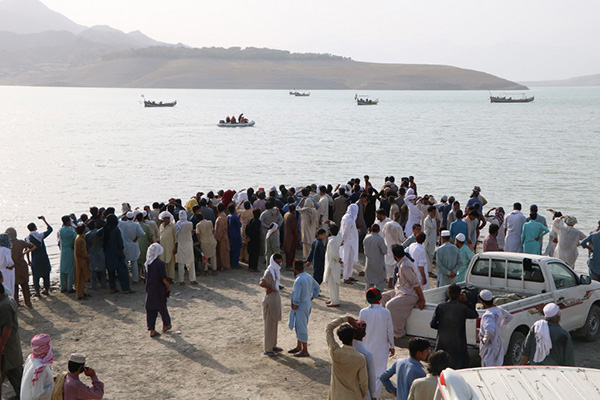 At least four people have been killed and 21 are still missing after a boat capsized in Khyber-Pakhtunkhwa province, officials said on Thursday, with a rescue operation continuing as hopes for finding survivors fade.

The boat was carrying passengers along the Indus River from Shangla to Haripur district on Wednesday when it overturned. “There were 38 people on the boat when the incident occurred and 13 people saved their lives by swimming to the shore,” said local police official Zahid Ullah. “We have retrieved four dead bodies from the river including two women and children,” he said.

“The flow of the water is very fast the river is very deep which has dimmed the chances of survival, however we will continue the rescue operation till the last individual is found,” he added.

Senior police official Muhamamd Ali Babakhel said the accident took place in a remote location with little communication, meaning officials did not learn of it until well after it happened. “People only came to know about the incident when a second boat carrying passengers passed through the area,” he told AFP. “The rescue operation is still going on but there are little chances of survival,” he said.

Babakhel said the locals in the northern districts of Khyber-Pakhtunkhwa use boats for traveling because the roads in the area are unpaved and it saves them time.