China Says it Will ‘Not Tolerate Foreign Forces’ in Hong Kong 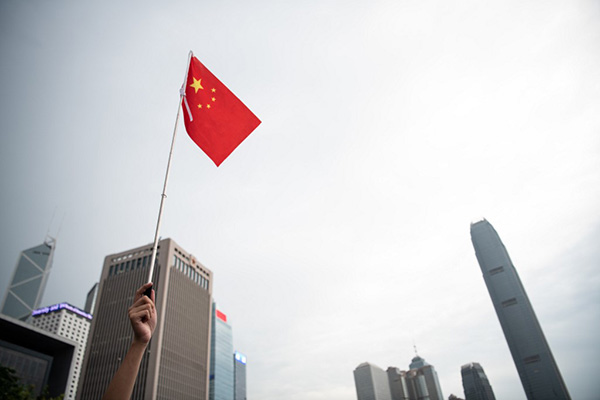 China on Tuesday slammed the U.S. and Britain for interfering in Hong Kong affairs after the two countries voiced concerns about a vicious assault on pro-democracy protesters.

The savage beating of the Hong Kong protesters by a mob of suspected gangsters on Sunday has deepened fears about the use of shadowy hired muscle to defend China’s interests. At least 45 people were hospitalized after Sunday’s attack, causing fear and outrage in the Asian financial hub.

The incident has also drawn criticism from both the U.K. and the U.S., who have expressed concerns over eroding freedoms in the city.

But Beijing has reacted angrily to other governments and foreign officials expressing solidarity with Hong Kong’s pro-democracy movement. “China will not tolerate any foreign forces intervening in Hong Kong affairs, nor will it allow any foreign forces to disrupt Hong Kong,” foreign ministry spokeswoman Hua Chunying said at a regular briefing. “We advise the United States to take back their black hands in Hong Kong as early as possible.”

Hong Kong has been plunged into its worst crisis in recent history by weeks of marches—which drew millions of demonstrators to the streets—and sporadic violent confrontations between police and pockets of hardcore protesters.

The demonstrations were triggered by a controversial extradition law but have evolved into a call for wider democratic reforms.

China had promised to respect the territory’s freedoms in the semi-autonomous territory after its handover from Britain in 1997. “Everyone can see very clearly that the current developments are by no means issues linked to freedom of speech and assembly,” Hua said on Tuesday. “It is a problem of extreme illegal violence. It not only directly impacts the legal foundation of Hong Kong… but also seriously challenges the bottom line of the ‘One country, Two systems’ policy.”

Hong Kong enjoys liberties unseen on the mainland including freedom of speech, unfettered access to the internet and an independent judiciary.

The U.K. has said it “will be keeping a close eye” on Hong Kong’s investigations into the bloody assault on protesters. “During the British colonial period did Hong Kong residents have the freedom to march on the streets?” asked Hua. “Since the reunification of Hong Kong with China… Hong Kong residents enjoy unprecedented freedom and rights.”