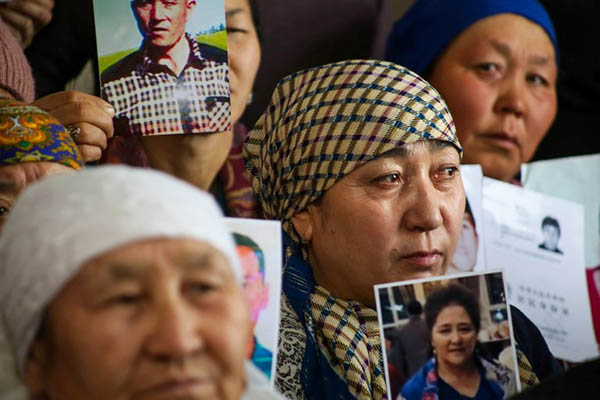 China angrily assailed the United States on Tuesday for calling on countries at the United Nations to deprive Beijing of a seat at a U.N. forum over its treatment of the Uighur minority.

It was the second time in as many weeks that the two countries openly clashed at the United Nations over the rights of the Uighurs and other mostly Muslim minorities held in camps in China’s Xianjiang region.

U.S. diplomat Courtney Nemoff said ahead of elections on Tuesday that China’s treatment of Uighurs should be a factor in deciding on membership to the U.N. forum tasked with protecting indigenous people worldwide.

“The United States is alarmed that more than a million Uighurs, ethnic Kazakhs, Kyrgyz, and other Muslims have suffered arbitrary detention, forced labor, torture, and death in camps in China’s Xinjiang” region, said Nemoff. “These atrocities must be stopped. We call on member states to bear this in mind in this important forum.”

A Chinese diplomat took the floor to strongly reject the U.S. statement. “The U.S. representative made an unreasonable accusation against China and defamation against China,” he said, expressing Beijing’s “strong displeasure over this and our firm opposition to it.”

Despite the U.S. appeal, China’s candidate, Zhang Xiaoan, was elected by acclamation to the 16-member U.N. forum along with four other representatives from Burundi, Namibia, Denmark and Russia.

Beijing claims the camps in Xinjiang are “vocational training centers” to steer people away from extremism and reintegrate them, in a region plagued by violence blamed on Uighur separatists or Islamists.

In his address at the U.N., Isa said Uighurs were being rounded up to live in “an open-air prison,” deprived of their religious rights and freedom.

The Chinese diplomat told the meeting that Isa was a “terrorist designated by the Chinese government” and supported by the U.S., which “is utilizing him to attack China and defame China, with no basis at all.”

The United States was among a group of countries that asked U.N. Secretary-General Antonio Guterres to raise the plight of the Uighurs during his visit to China last month. Guterres told Chinese Foreign Minister Wang Yi that “human rights must be fully respected in the war against terrorism,” according to U.N. spokesman Stephane Dujarric.