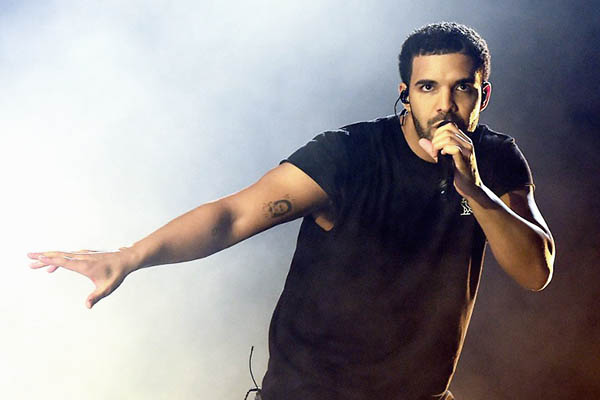 Drake ruled the U.S. album sales chart for a second straight week Sunday as the rap star who has smashed streaming records fended off challenges from Beyonce and Radiohead.

The Canadian rapper’s Views, which came out on April 29, became the first album released in 2016 to sell more than one million copies in the United States, tracking service Nielsen Music said. Views sold 219,000 copies during the week through Thursday, 175,000 in direct sales and the rest through the equivalent in streaming.

In its first week, Views had set a record for the most-ever streams in the seven-day period. Despite the rapid growth of streaming in the music industry, none of the top three albums appeared on the most popular site, Spotify.

Apple reached an exclusive deal to distribute Views on its Apple Music streaming service and the album was also available for purchase on the tech giant’s iTunes store. Views became available to rival streaming services on Friday, too late to factor on the latest weekly chart.

Beyonce in turn made Lemonade an exclusive to the smaller Tidal service, which is led by her husband, rap mogul Jay-Z. She has shunned Spotify but Lemonade, which debuted at number one, quickly went up for sale on iTunes and, as of May 6, on CD.

Radiohead frontman Thom Yorke is an outspoken critic of the compensation structure of Spotify, which unlike most streaming services has a free tier. A Moon Shaped Pool, the first album by the art house rockers in four years, went up on Apple Music and Tidal but not Spotify, with Radiohead also selling it directly.

Radiohead listeners were more likely than Drake or Beyonce fans to buy the album. A Moon Shaped Pool would have topped Lemonade at number two if streaming were not factored in.

Radiohead released the album on a Sunday rather than the usual Friday, meaning it had two fewer sales days than usual on the weekly chart. A Moon Shaped Pool debuted at number one in Radiohead’s native Britain.