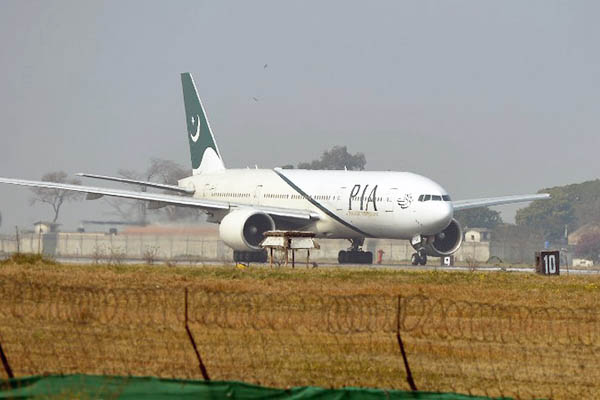 In statement, EASA says it cannot restore national flag carrier’s operations until confidence has been restored in certification activities of CAA

The European Union Aviation Safety Agency (EASA) has informed Pakistan International Airlines (PIA) that a ban on its operations to Europe has been extended for three months, and will not be reviewed until a safety audit of the Civil Aviation Authority (CAA)’s licensing procedures has been completed.

The national flag carrier had recently sought an easing of restrictions, including provisional permission to operate flights to and from European destinations, after meeting several—but not all—safety conditions required of airlines by EASA. In response, EASA said that it could not allow PIA to resume its operations until confidence had been restored in the oversight activities of the CAA.

“Regarding the lack of confidence in certification and oversight activities performed by the Pakistani CAA, which was the second aspect that led to the suspension of Third Country Operator Authorization, the investigation performed by the European Commission and by the ICAO have not yet been concluded,” read EASA’s response. “Consequently, as all preconditions to lift the suspension are not met and, as an audit will be necessary, the agency decided not to revoke your Third Country Operator Authorization but to extend the suspension period by additional three months,” it added.

According to sources within PIA, EASA has clarified that its issue is not with PIA specifically, but rather the Pakistani state and the certification procedures practiced by the CAA.

The statement became public a mere day after Aviation Minister Ghulam Sarwar Khan claimed to media that the ban imposed on PIA by EASA would be “lifted soon.” During a press conference in Taxila on Friday, he had claimed that “most” of EASA’s concerns had been addressed. The about-face from EASA within 24 hours further exposes the lawmaker’s ineffective performance at the helm of his ministry.

The aviation minister’s startling claims in Parliament that up to a third of all Pakistan-certified pilots possessed “dubious” licenses—delivered while presenting the preliminary investigation into a plane crash—had resulted in a slew of restrictions on the country’s ailing national airline. In addition to the ban from EASA, the International Air Transport Association (IATA) had “expressed concern” over the allegations, with PIA officials saying it had damaged the credibility of both the PIA and CAA.

In July, EASA had suspended the authorization for PIA to operate flights in E.U. member states for six months over safety concerns following the aviation minister’s claims. The agency had given PIA the right to appeal its decision in two months, but this was not availed pending a visit by the IATA’s Operational Safety Audit to assess the operational management and control systems of the airline. That visit occurred in September, and examined the airline’s operations. However, it did not conduct any audit of the operations of CAA.