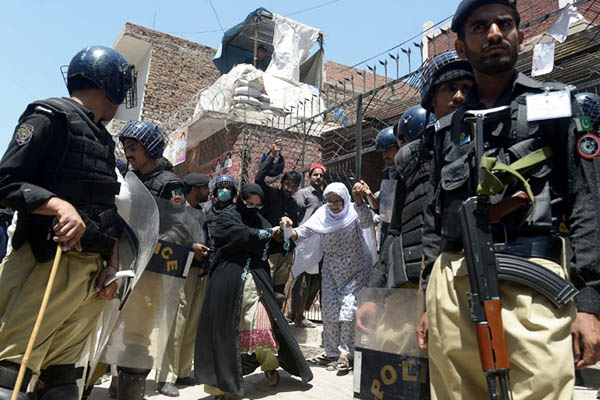 At least 24 people killed and dozens more injured in various incidents across province.

At least 24 people were killed after local elections in northwest Pakistan when supporters of losing candidates targeted celebrations staged by the winners, officials said on Monday.

In one incident on Sunday in Tank district, 10 people were killed and another 10 wounded. “Supporters of Wali Khan, the winning candidate in the local elections, were celebrating his victory by dancing to drums and aerial firing, which infuriated supporters of the losing candidate,” said senior administration official Kifayat Ullah. “The loser’s supporters threw hand grenades at the celebration, killing seven people on the spot.” Three others died in hospital, according to officials.

A local police official confirmed the incident and toll, saying the scene of revelry turned into one of blood-soaked horror.

On Saturday, shortly after local channels started announcing unofficial polling results, eight civilians were killed and over 100 injured in various incidents across the province.

Khyber-Pakhtunkhwa Chief Minister Pervez Khattak blamed the Election Commission of Pakistan for failing to take adequate measures for the protection of constituents. “I have no control over anything during the elections and am merely a passive observer,” he told media.

Khyber-Pakhtunkhwa held its first local body elections in 10 years on Saturday. According to provincial election commission data, as many as 84,420 candidates contested 41,762 seats.