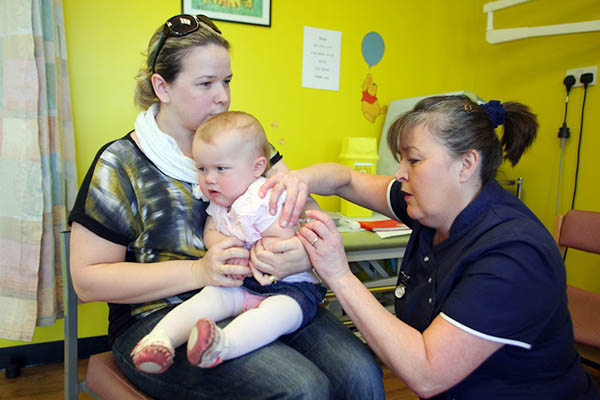 Measles cases soar in Europe, with the disease no longer considered eliminated in the U.K., Greece, the Czech Republic and Albania

Measles cases are skyrocketing in Europe and the disease is surging in four countries previously considered to have eliminated it, including the U.K., the World Health Organization (WHO) warned on Thursday, urging countries to step up vaccination efforts.

“Re-establishment of measles transmission is concerning. If high immunization coverage is not achieved and sustained in every community, both children and adults will suffer unnecessarily and some will tragically die,” warned Gunter Pfaff, the head of the WHO’s European Regional Verification Commission for Measles and Rubella Elimination.

The WHO said there were 89,994 cases of measles in 48 European countries in the first six months of 2019, more than double the number in the same period in 2018 when there were 44,175 cases, and already more than the 84,462 cases reported for all of 2018. Based on 2018 data, the disease is no longer considered eliminated in the U.K., Greece, the Czech Republic and Albania.

Measles is considered eliminated when there is no endemic disease transmission for 12 months or more in a specific geographic area. While the disease is highly contagious, it can be entirely prevented through a two-dose vaccine, but the WHO has in recent months sounded the alarm over vaccination rates.

The U.K. reported 953 cases in 2018 and 489 for the first six months of 2019. In the same periods Greece reported 2,193 and 28 cases, Albania 1,466 and 475, and the Czech Republic 217 and 569. “Each of these countries are examples that have extremely high national vaccination coverage. So these are not examples of countries that have particularly weak systems,” said Kate O’Brien, director of the WHO’s Immunization Department. “This is the alarm bell that is ringing around the world: being able to achieve high national coverage is not enough, it has to be achieved in every community, and every family for every child,” she said.

Measles is a highly contagious airborne infection causing fever, coughing and rashes. While it can be fatal, with 37 deaths reported in the first half of 2019 compared with 74 in 2018, other complications include blindness and, for pregnant women, miscarriage. Some 60 percent of patients in Europe in the first half of 2019 were under the age of 19.

Four countries were home to 78 percent of cases in the first six months of 2019: Ukraine, Kazakhstan, Georgia and Russia—60 percent of which were reported in Ukraine alone. Meanwhile, Austria and Switzerland were confirmed to have elimination status in 2018, the WHO said.

Measles has been declared eliminated in 35 of the 53 countries in the WHO’s European region for 2018, down from 37 in 2017. It is considered endemic in 12 countries, including France and Germany. In the latter, vaccination against the disease will become mandatory in March 2020.

According to the WHO, more than 20 million deaths have been prevented around the globe between 2000 and 2016 thanks to measles vaccination. Worldwide, the number of cases for Jan. 1 to July 31 this year tripled to 364,808, compared with 129,239 during the same seven months last year.

The highest numbers of cases were reported in the Democratic Republic of Congo, Madagascar, and Ukraine. The United States meanwhile registered its highest number of cases in 25 years. The numbers are especially worrying as nine in 10 cases are believed to go unrecorded worldwide, according to WHO.

O’Brien said that in reality, around 6.7 million deaths each year were linked to measles.

The disease had been officially eliminated in many countries with advanced healthcare systems, with numbers steadily decreasing until 2016, when a resurgence began. According to the WHO, the reasons for people not being vaccinated vary significantly between communities and countries, with a lack of access to quality healthcare or vaccination services hindering some from getting the jabs, while others may be misinformed about vaccines and the need to vaccinate.

The so-called anti-vax movement—driven by fraudulent claims linking the MMR vaccine against measles, mumps and rubella, to a risk of autism in children—has increasingly gained traction. Uneven vaccination coverage and gaps and disparities between communities, geographic areas and among age groups has allowed measles to flourish even in countries with high national vaccination rates.