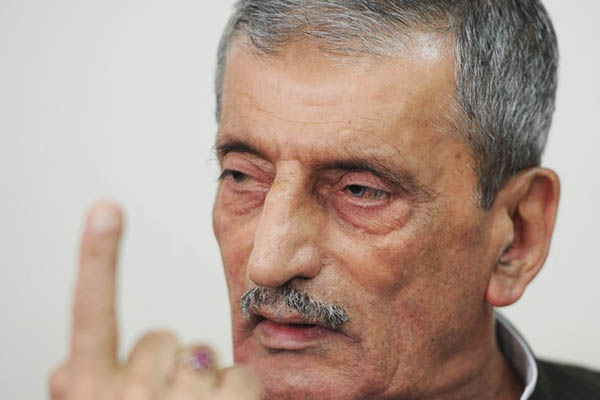 ANP lawmaker claims award-money is meant to show how serious Muslims are about blasphemous depictions of Islam’s Prophet.

The European Union has condemned parliamentarian Ghulam Ahmed Bilour’s offer of a $200,000 bounty for the assassination of the owner of French satirical weekly Charlie Hebdo, and urged Islamabad to censure any statements that incite violence and terrorism.

“The European Union and its member states deplore the statement made in Parliament by Awami National Party lawmaker on Monday,” the 27-nation European bloc said in a statement issued on Feb. 5. “We encourage the Government of Pakistan to condemn all such statements inciting violence and terrorism,” it added.

A senior official of Pakistan’s Foreign Office confirmed Islamabad had received the condemnation from the European Union, adding that the government was examining the matter. “We are analyzing the original contents of Ghulam Ahmed Bilour’s announcement in the National Assembly on Monday … Since the European Union has shared some serious concerns over it, the Government of Pakistan will go for every possible step to settle the issue,” he added.

Bilour, a senior lawmaker of the ANP from Khyber-Pakhtunkhwa, announced on Monday that he would give $200,000 to anyone who targeted the owner of Charlie Hebdo for publishing blasphemous caricatures of Islam’s Prophet. “Being a Muslim, it was my religious responsibility to announce [the bounty] and condemn the actions of the people who published those sketches,” he told Newsweek. To questions on whether he felt he was encouraging people to take the law into their own hands, Bilour claimed this was the only way to establish the gravity of the situation.

“I feel Muslims should realize the gravity of the crime [committed by the owner of Charlie Hebdo]. I am a Muslim first and a lawmaker second. In 2012, I had also declared that I would not tolerate any blasphemy against Islam’s Prophet and had offered $100,000 for the death of the filmmaker who produced an anti-Islam film,” he said. The ANP lawmaker said he had also announced $100,000 for the families of the people killed in the attack on the offices of Charlie Hebdo on Jan. 7.

“I hope the bounty will convince the world that Muslims are very sensitive about depictions of Islam’s Prophet and we will not tolerate any attack on his honor,” added Bilour.

Bilour made headlines in 2012 when he announced a $100,000 bounty for the head of Nakoula Basseley Nakoula, the filmmaker who produced the blasphemous Innocence of Muslims movie that was circulated on YouTube. That announcement was also condemned by the EU, which termed it “deplorable.”