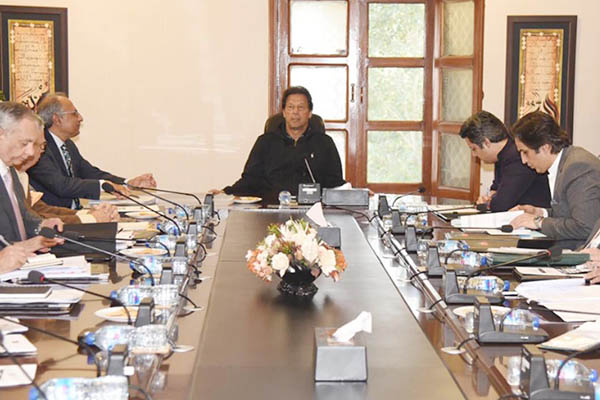 Prime Minister Imran Khan on Monday said strengthening Pakistan’s economy and facilitating investors and the business community was the top priority of the Pakistan Tehreek-e-Insaf-led government.

Chairing a meeting of the government’s economic team in Islamabad, he said all organs of the state were focused on providing relief to the common man, as concerns mount over inflation of essential items, including vegetables and grains.

The prime minister said a special cell was being established at the Ministry of Food Security to properly gauge the future supply and demand of essential items. He said this would help control the prices of commodities by limiting hoarding and preparing the government for potential shortfalls.

The participants of the meeting were informed that the government was working to rein in sugar prices by acting against hoarding and profiteering. The government’s decision to provide Rs. 6 billion to the state-subsidized Utility Stores Corporation would also reduce prices, it added.

During the meeting, the prime minister said the federal government would assist provincial governments to increase their individual capacities in the oil, gas and mineral sectors.

Special Assistant on Petroleum Nadeem Babar said 12 new blocks for oil and gas exploration would be put for auction by Dec. 15. He said various rounds of publicity were underway across the world ahead of this auction, adding that it was hoped it would bring in considered investment to Pakistan. The meeting was also informed of the progress on the Tajikistan-Afghanistan-Pakistan-Iran gas pipeline and the PARCO Costal Refinery.

Commerce adviser Razak Dawood briefed the meeting about ongoing efforts to revive the Pakistan Steel Mills, as well as the incentives being offered by the government to large-scale industrial units. He also said that the process for duty free import of equipment for hospitals would be completed within a fortnight.

Adviser on Finance Hafeez Shaikh informed the meeting about the overall situation of the economy, and overall improvement in economic indicators of Pakistan.