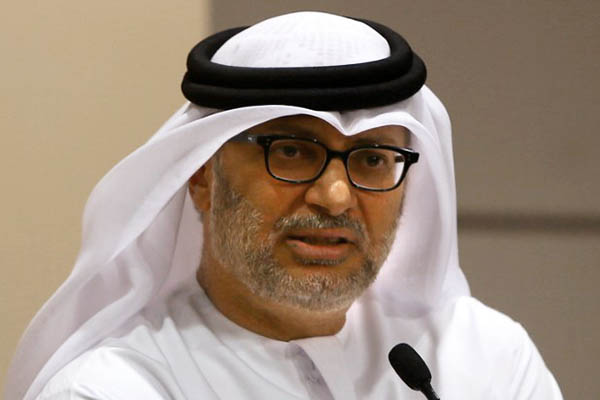 Pakistan’s failure to hone all elements of its national power has allowed countries like the U.A.E. to threaten it.

U.A.E. newspaper Khaleej Times translated some of Gargash’s tweets, which were posted in Arabic: “The vague and contradictory stands of Pakistan and Turkey are an absolute proof that Arab security—from Libya to Yemen—is the responsibility of none but Arab countries.” He also said that Pakistan could pay a “heavy price” for its “ambiguous stand” and that “The Arabian Gulf is in a dangerous confrontation, its strategic security is on the edge, and the moment of truth distinguishes between the real ally and the ally of media and statements.”

While the Ministry of Foreign Affairs in Islamabad has avoided comment on Gargash’s threat, Interior Minister Chaudhry Nisar Ali Khan issued a strong response on Sunday, calling the minister’s comments “offensive” and “unacceptable.”

Insider sources told this writer that while the government was expecting blowback from the Pakistani Parliament’s unanimous resolution to stay “neutral” in the Yemen conflict, Gargash’s rude comments nonetheless came as a surprise.

Some officials suggest that this is Riyadh’s circuitous way of putting pressure on Islamabad. They cite the leaks from Riyadh in the Arab and other foreign media of Pakistan’s response to the Saudi request to enter the fray (even though Islamabad had made no commitment to send troops into combat) and also the display of a Pakistani flag during military briefings on the Saudi-led operation.

That said, a senior Pakistani government official was clear: “We know there is a price to pay but, equally, there’s no way we could have gone into Yemen.”

So, a price will be paid. However, let’s look at the problem from another perspective. Just last month, on Pakistan Day, March 23, we displayed our military strength in Islamabad: guns, missiles, APCs, combat aircraft, trained human resource, etc. This is precisely the military the Saudis and the Gulf states so desire to be plunged into the Yemen conflict. It’s a reasonably good, tightly knit, professional and disciplined force. It has also acquired a lot of experience fighting in some of the most difficult terrains in the world. Yet, and this is the point to ponder, it does not translate into real, national strength.

As I wrote in a piece, “Fighting 21st Century Wars”, for Hilal, the Armed Forces’ magazine: “A state’s strength… is a function of political stability, economic prowess, diplomatic outreach and, consequent to these preconditions, military strength. In other words, military strength flows from non-military factors. This should clearly indicate that our national strategy to put military strength ahead of the very factors that can ensure and sustain it, has been a deeply flawed policy and has resulted in weakening rather than strengthening the state.”

If the U.A.E. can threaten us despite our military strength, then the point about how and where to place that strength in relation to other elements of national power should become quite obvious. This is not to say that states can be totally independent of each other in today’s world. They can’t be. Back in 2002-2003, when the Bush administration was straining at the leash to attack Saddam Hussain’s Iraq, France was opposed to that policy and threw a spanner in the legal works. The U.S. administration was livid. They called France a third-rate power that had the cheek to stand up to the United States. Crazies on Fox News wanted Washington to break relations with Paris. That did not happen because France, while no match to U.S. military strength, nonetheless, employed many Americans in French multinational corporations. Interdependencies thus work both ways and lesser military powers can still thwart or oppose the plans of bigger powers through economic and other linkages and integration.

In our case, the Bedouins of yesterday that got lucky because of black gold can today threaten us because we have been stupid enough to not develop and hone other elements of our national power. The blame for that flawed policy, of course, cannot be apportioned to the frothing-from-the-mouth Gargash. It is entirely our own doing and the result of the antics of our generals and a bunch of spineless politicos.

Those who supported doing Saudi Arabia’s bidding are now arguing that this is precisely what they were warning about. What they forget is that making such decisions is not a function of just one or two variables. Also, our history is a testimony to decisions when, for short-term gains, or to avoid immediate pain, we have got ourselves into situations that threaten to unravel the state and society itself. No amount of dollars, even in billions, can cure that. Also, every time we have had cash flows coming in, we have relied on the windfall without using that fiscal space to undertake structural reforms without which our economy can never really take off in a real sense.

Given this, the “heavy price” Gargash speaks about might just be what we need for a longer-term evaluation of the policy course we need to adopt to acquire real, not just military, strength. It will not be easy and it certainly will not come about quickly. But the lesson that inheres in this threat is one that we must heed and, if we are a nation, must take on.

Understand the sentiments to respond to a unfavourable message by a Gov official of another country. Though I must remind you that the comment was a personal opinion made through Social Media. Which arguably was warranted owing to the derogatory language used about GCC Countries in our Parliament. Which again wasn’t personal opinion but party policy as they were all representatives of their respective parties. The Bizenjos, Farooq Sattars, and Mazaris made uninformed and malicious statements against allies. Such remarks could very well elicit unfavourable words.

Now having said that much has been made of by our media about this remark by an individual. However, when Iran openly threatened Pakistan by sending ground troops into our territory, the Ejaz Haider’s and the Fahd Hussain’s were nowhere to be seen. It is this partial behaviour of Pak Journalists and Politicians that causes GCC countries to be wary of us.

This threat was made not by a low level official but by the Interior Minister of Iran. Who ensured that it was interpreted as State Policy. Let’s be more serious in our journalism and refrain from jingoistic remarks and sensationalize non stories to gain cheap publicity.

Now that we are done with Arab bashing, can we move on and focus on the fact that how we failed our foreign policy and government? and If I’m not wrong, is it not the very same parliament which was fake for some in previous months and now suddenly, everyone is agreeing with it ? Instead of solving the issue softly, PPP, MQM and ANP had to go on extreme and use such harsh words? We all know that PPP, MQM and ANP have business in Arab world. There was no pressure but of course we had to make it look like one.

In international power politics, it is the $$$ that matters. If Pakistan wasn’t so broke by its failed policies, it’d have got more respect. If a country is donning a begging suit every now and then, it is hard for other countries to respect it.