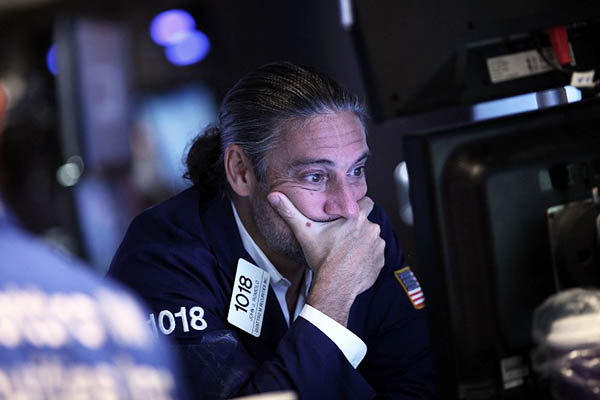 The China slowdown could be good news for some.

A collapse in commodity prices prompted by a slowdown in the world’s most voracious consumer, China, has rocked financial markets and sent Russia, Brazil and even Canada into recession. But for much of the world, the crisis may in fact be good news.

China accounts for 40-50 percent of the entire world’s demand for commodities, according to a review of the price slump by credit rating agency Standard & Poor’s. So as the world’s second-largest economy tries to shift from an investment-led model that hoovers up commodities towards one of slower, consumer-led growth, it has prompted a dizzying decline in prices.

The world’s most important raw material—crude oil—has roughly halved in price in a year. Iron ore has taken a similar dive. Other commodities, from coal to copper, soya to sugar, have slumped by 20-40 percent. “The fall in commodity prices has looked particularly dramatic because it has included oil,” said Julian Jessop, chief global economist and head of commodities at London-based research group Capital Economics.

While many raw materials have been declining in price since 2011 when China’s boom began to slow, oil prices had been propped up by supply concerns after the Arab Spring shook up some of the world’s top producers, Jessop said in an interview.

“Once the concerns about the potential threat to supply from the Arab Spring disappeared and were replaced by the reality of massive oversupply because of the shale revolution in the United States and OPEC’s response of keeping production high when people had thought it might cut, then oil tanked,” the analyst said. Keeping pressure on crude prices, Iraq has managed to boost production this year by 1.5 million barrels per day—despite an insurgency by Islamic State jihadists—and Iran is set to raise exports as sanctions are lifted after an agreement was reached over its nuclear program.

It is probably stating the obvious to say commodity producers lose out when prices fall while consumers win. “But the hit to the losers comes through straight away and is more concentrated,” Jessop said.

Sunk by lower oil prices, Russia’s sanctions-hit economy is in recession, Brazil is trying to fight its way out of an economic contraction with a large investment program, and Canada announced this month that it, too, had fallen into a downturn in the first half of this year. The oil slump has squeezed public finances in Algeria, which is already locked in a behind-the-scenes power struggle.

“Lower oil prices will continue to take a toll on the outlook for oil exporters where the negative shock on terms of trade and real incomes will have an impact on medium term growth,” the International Monetary Fund warned in a report, noting in particular the pressure on some emerging economies.

Oil companies have been hurt, too. In the last week, Standard & Poor’s downgraded the outlook for mining group Glencore to “negative” from “stable”, saying lower prices will squeeze its cash flow. But despite the bleak headlines, the net impact of the commodities slide for the world economy should be positive, analysts say, as raw material producers tend to save more of their income than the consumers.

“Basically it represents a shift in purchasing power from energy, commodity producers to energy, commodity consumers,” said Jan Randolph, director of sovereign risk at research house IHS Economics. “The big beneficiaries are the West and the industralizing emerging markets because they are the ones that experience cheaper oil, cheaper raw material inputs and also households benefits,” Randolph said in an interview.

The decline in the oil price alone has shifted between $900 billion and $1.4 trillion in purchasing power from producers such as Russia to consumers such as Germany, he said, an impact that could last for two to three years. An IHS study highlighted India and other emerging markets in Asia that import oil as clear winners from the fall of oil.

How long the commodities slump lasts will depend on the largest consumer, Randolph said. “If you are asking where commodities go, you have to ask where China goes,” he said.

A rebalancing of China’s economy could take years, and in any case would result in weaker demand for commodities. And when commodity prices finally hit a trough, they could languish for years, he said. For some, however, the price decline has already gone too far.

“At face value the slump in commodity prices is consistent with an outright global recession,” said Jessop of Capital Economics. “Something is wrong there. Either the world is heading for a global recession or more likely I think people are far too pessimistic about the demand for commodities,” he added. “Investor sentiment towards commodities has rarely if ever been more negative. If you are taking a contrarian view, now is exactly the right time to expect commodities to recover.”