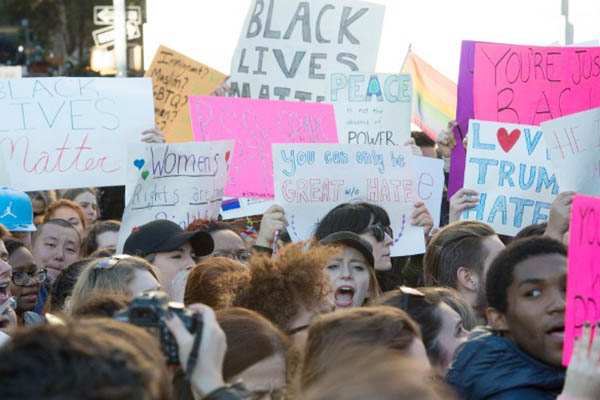 A primer on the term governing political commentary across the world.

The term populism surfaced in the political commentary during the recent Brexit and U.S. presidential campaigns. And it is now in the headlines again ahead of polls in Austria and Italy this weekend. Populism has been linked to diametrically opposed political positions, and can have disturbing connotations.

“The word is everywhere, its definition is nowhere,” as French academic Philippe Roger explained in 2012 and it remains the case today. “The term is still hard to define,” Roger told AFP. It is subject to vigorous debate, “and for there to be a definition there must be a consensus,” he noted.

In addition, populism has referred to “very different phenomena for more than a century in different countries and the various interpretations have intermingled, or even contaminated one another,” added the academic from the EHESS school in Paris.

Political scientist Olivier Ihl explained that “the word is not a concept” but rather a “moralizing category.”

“It is used not to describe but to denounce,” Ihl said. Populism is a catch-all term that can be replaced depending on the context by nationalism, protectionism or chauvinism, among others, he added.

Marc Fleurbaey, who teaches at Princeton in the United States, defined populism as “the appeal by charismatic politicians to direct popular support in a general discourse questioning the standard democratic institutions.”

When and where did it emerge?

Populism emerged in the late 19th century in the different environments of Russia and the United States. In Russia, populism was an agrarian force inspired by socialist and revolutionary movements that aimed to liberate Russian peasants in the 1870s.

At the same time in the U.S., a similar protest movement emerged in rural regions but it took aim at banks and railroad companies. The term evolved in the mid-20th century in Latin America with leaders such as Juan Peron of Argentina and Getulio Vargas in Brazil. They led popular movements with nationalist and social goals that did not espouse Marxist struggles or fascist ideologies.

Is it only right-wing?

“No,” said Fleurbaey, “populism can appear on the left as well. Take for example the ex-Venezuelan leader Hugo Chavez.”

Ihl pointed out that in Latin America the term mainly referred to movements on the left, in Bolivia, Mexico, Peru and Venezuela. In Europe, however, it is traditionally linked to groups on the right and far-right of the political spectrum.

In France, “populaire” is an adjective of the left, as in ‘Front Populaire’, Roger noted, while a populist is “someone who manipulates ideas to achieve political ends.” A refusal to appeal to xenophobia and racism is what separates the two, in his opinion.

Is populism rising in Europe?

Ihl has called attention since 2003 to increasingly populist forms of expression and their goals. “The specter that haunts Europe now is a well-integrated political and social force poised to seize power,” he said.

Given European Union influence over public policy, and fears sparked by the current wave of immigration, “criticism of democracy’s faults comes mainly from far-right movements.”

Is Trump a populist?

For Fleurbaey the answer is yes. “He appeals to the ‘forgotten men and women’ and criticizes the ‘rigged’ system of the media, the elections and the establishment.” However, Roger and Ihl disagree. Trump’s campaign was “above all that of the hard right” dressed up with “populist rhetoric,” Roger concluded.