France to Step Up Aerial Strikes on I.S. after Paris Attacks 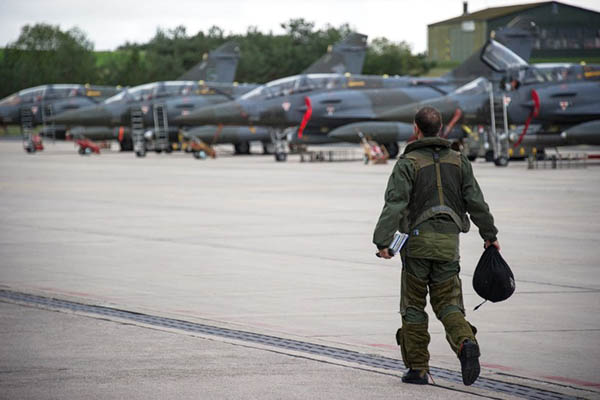 President Francois Hollande said on Monday that France would step up the battle against the Islamic State group in Syria in the wake of Paris attacks he dubbed “acts of war.”

Hollande told an exceptional meeting of both houses of parliament he would meet U.S. President Barack Obama and Russia’s Vladimir Putin in the coming days and called for a U.N. Security Council meeting over the fight against I.S. jihadists.

A grave Hollande said the attacks in the French capital that killed 129 people as they enjoyed a Friday night out in bars, restaurants, a concert hall and the national stadium, “were acts of war.” They “were decided and planned in Syria, prepared and organized in Belgium and perpetrated on our soil with French complicity,” he said.

In response, France would “intensify” operations in Syria, Hollande said a day after French jets pounded I.S. targets in the group’s Syrian stronghold of Raqa, its first military response to the Paris carnage. “We will continue the strikes in the weeks to come,” Hollande told lawmakers.

In the fight against the extremists, Hollande said he wanted increased international assistance. “I will meet in the coming days with U.S. President Obama and President Putin,” he said.

Turning to measures within France, he said he would ask parliament to consider extending a state of emergency by three months. His long and solemn speech culminated in a rendition by lawmakers of the Marseillaise, the French national anthem.