Home Lightbox From Bombs to Trophies

From Bombs to Trophies 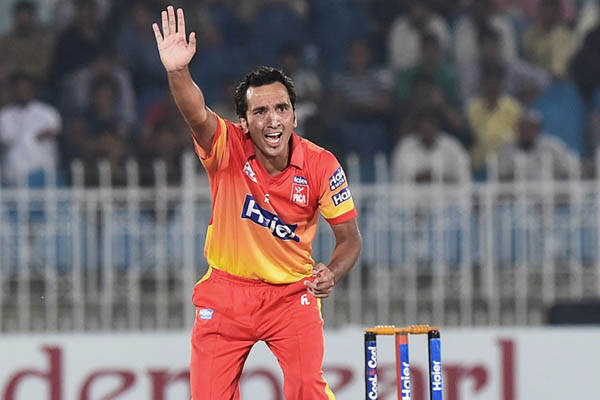 Cricket thrives in Peshawar as militants pushed out of region following military operation.

Peshawar, the capital of Khyber-Pakhtunkhwa province, won their second consecutive Twenty20 title this week with players and coaches hailing falling levels of violence for helping the sport prosper in the Taliban-plagued region.

The city of four million has been at the forefront of a rebellion that rose up more than a decade ago which seeks to topple the government and replace it with a hardline Islamic emirate. For years, Taliban suicide bombers were able to strike almost at will as people feared leaving their homes even to go out shopping.

But the situation has improved markedly since the government began major military offensives in North Waziristan last year aimed at clearing Taliban and Al Qaeda bases.

Lahore and Karachi have been the country’s traditional bases of cricketing power, with smaller towns and cities in prosperous Punjab province also supplying the national side in recent years. Now, it appears Khyber-Pakhtunkhwa province—home to ethnic Pashtuns who are celebrated for their bravery and prowess in battle—is flourishing.

Peshawar coach Abdul Rehman admitted cricket success came after action against militancy. “It was tough to bring kids to the cricket grounds with bombs going on,” Rehman told AFP. “Parents were scared of sending their kids, but since the military operation cricket has flourished in KPK in general and Peshawar in particular.”

Peshawar players match the cavalier approach of the fast-rising Afghanistan team, some of whom also learned the game in refugee camps around the city.

Peshawar’s never-say-die approach was the highlight of the tournament as they successfully chased stiff targets in four of the their five group matches and beat six-time champions Sialkot in semis—also batting second.

Rehman said bravery typifies Pashtuns, the inhabitants of the province. “We never go easy on our enemy, be it on the ground or in the battlefield,” said Rehman. “I told my boys not to fear anyone and play fearless cricket which has become the norm of international cricket with the advent of Twenty20,” he added.

Peshawar’s outstanding performers included 27-year-old Imran Khan from Swat Valley, which was also home to Nobel Peace Prize winner Malala Yousafzai. Khan was the tournament’s leading wicket-taker with 16 victims, his well-disguised slower deliveries accounting for many. During his spell of 3-26 off four overs in the final he bowled four untouched deliveries, which baffled the hard-hitting Afridi.

But he wouldn’t be playing the game at all if his scenic home region was still in the clutches of the Taliban, who held sway there from 2007 to 2009. “I started playing cricket only after a military operation [in 2009] cleared Swat Valley,” he said. “Now life is normal in Swat and we can go the grounds.”

Khan was also the best bowler when Peshawar won the title last year—and has now been picked to make his national debut in a two-match Twenty20 series against Zimbabwe in Harare later this month.

Peshawar opener Raffatullah Mohmand hoped more of his fellow players would get a chance at national level. “It may be too late for me but I am sure these two Twenty20 titles will go a long way in establishing Peshawar players as international stars,” said Mohmand, 38.

Pakistan’s national cricket academy head coach Mohammad Akram said he was looking forward to tapping the groundswell of talent. “The north-west is an untapped area and with the improving situation we can get good players from there,” he said.