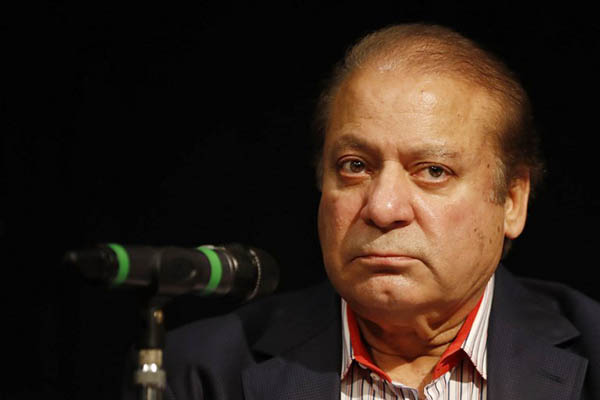 Adviser to the P.M. Shahzad Akbar confirms letter written to British authorities says they are ‘duty-bound’ to evict former premier

The federal government on Wednesday confirmed that a letter had been sent to the U.K. government demanding that former prime minister Nawaz Sharif be deported so he can return to Pakistan and serve out his remaining prison sentence here.

Adviser to the P.M. on Accountability Shahzad Akbar told local media that the government had reached out to British authorities for Sharif’s return three times, adding that the latest letter had been sent on Oct. 5. He said that the letter cites Britain’s own immigration laws, which state that any person sentenced to imprisonment of more than four years would be deported to their country of origin. He said that it states the U.K. is “duty bound” to deport Sharif, who has been in London since November 2019 after leaving Pakistan to seek medical treatment.

According to Akbar, Islamabad has asked Britain to cancel Sharif’s visit visa, thereby forcing him to return to Pakistan to finish out his prison term. In an appearance on Geo TV, he said that the matter was now in the hands of British authorities, adding that their current government has taken a “harsh stance” on immigration laws and he is confident Sharif will be back “before January.”

His confident assertion was also reflected in a statement issued by Science and Technology Minister Fawad Chaudhry, who predicted Sharif’s return to Pakistan by Jan. 15. “The British government’s image is being tarnished because it is providing shelter to looters and plunderers,” he said.

To a question, Akbar said Sharif’s cases was different from that of Muttahida Qaumi Movement founder Altaf Hussain—also in London and wanted in numerous cases related to murder, targeted killings, treason, inciting violence and hate speeches—because the latter has been sentenced to death and U.K. law prohibits the extradition of anyone who faces execution. He clarified that the government was seeking Sharif’s deportation—not his extradition.

The Islamabad High Court, on Sept. 15, issued non-bailable arrest warrants for Sharif in the Al-Azizia reference. It has since declared him a proclaimed offender. The government, including Prime Minister Imran Khan, has pledged to bring Sharif back to Pakistan and make him face justice.