Gulana Bibi Vows to Put up A Fight in Tank 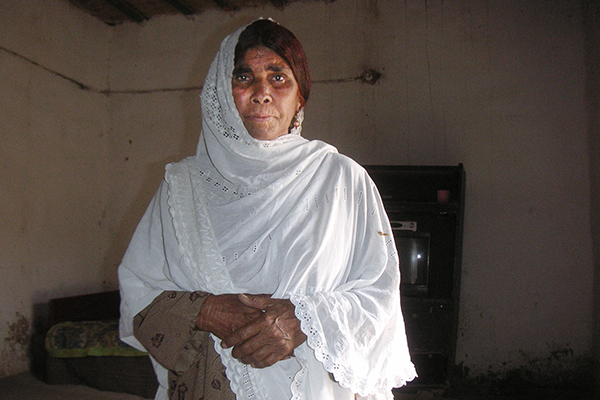 An old, impassioned woman vows to put up a fight in Tank.

Gulana Bibi wants to represent Tank in the next Khyber-Pakhtunkhwa assembly. The 70-year-old widow, and mother of four sons, is running on the basics: clean drinking water, roads, rights, health services, education. These are things, she says, her hometown has gone without since the creation of Pakistan six decades ago. “We haven’t seen any development here from the politicians,” she tells Newsweek. “Everyone is corrupt.”

Gulana Bibi’s modest campaign is the talk of the town, even though the likelihood of a win on Election Day, May 11, may be slim. “The chances of her winning are very rare,” says Asif Zaman, a teacher. “But it’s courageous of her to contest at her age, and that also on a Muttahida Qaumi Movement ticket.”

The MQM was a coalition partner of President Asif Ali Zardari’s Pakistan Peoples Party both in Islamabad and in Karachi. Like the PPP and the Awami National Party, which governed her province until last month, the Sindh-based MQM is also under specific threat from the militants. The Taliban have warned citizens against attending the rallies of these “secular” parties. The security concerns have left the reelection campaigns of these parties severely hobbled.

“I don’t have any fear, so I am not taking these threats seriously,” says Gulana Bibi. “It’s all in God’s hands.”

She says she joined the MQM because it is “the party of the poor” and it is untainted by corruption. Having led a long and full life, she says, she wants to spend the rest of her days trying to improve the lot of her neighbors and friends, especially women. “I want restoration of peace and prosperity in the region, and for women to be given basic rights.”

Gulana Bibi embraces the symbolism of a poor, old woman running against richer, much younger men in one of the most conservative parts of the country. Her run, she hopes, “will encourage other women of the area to talk about their rights in this male-dominated society.”

Tank is the home turf of the electorally powerful Maulana Fazlur Rehman, chief of his eponymous faction of the Jamiat Ulema-e-Islam. Rehman’s party was briefly part of the Zardari-led coalition federal government, and his father was chief minister of the province in the 1970s. The town is festooned with JUIF flags and campaign posters. The apparently lone MQM flag in the town flutters, almost halfheartedly, just around the corner from Gulana Bibi’s small home.

Lack of funds keeps her from organizing traditional, thousands-strong rallies, but Gulana Bibi is making sure to meet and cultivate male voters, who represent 57 percent of the province’s 12.3 million registered voters, according to the Election Commission of Pakistan. She has been addressing small gatherings of men, highlighting the failures of the familiar political faces, and promising to do well by them if she is elected.

Gulana Bibi remains cautiously optimistic. “So far the response is good from the people. They are assuring me that they will vote for me,” she says. “It will all be settled on May 11.”