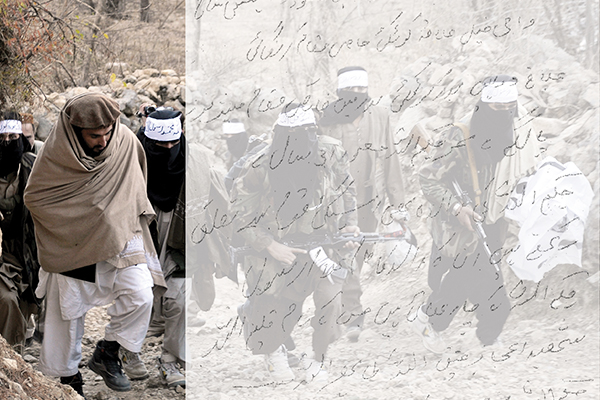 Exploring the man behind the mayhem.

[dropcap]H[/dropcap]e had the blood of hundreds if not thousands of Pakistanis on his hands. Yet, Hakimullah Mehsud, killed by a U.S. drone on Nov. 1 in the North Waziristan tribal agency, wore his brutality lightly. Journalists who spent time with the deceased Tehreek-e-Taliban Pakistan chief say the 34-year-old certainly knew how to turn on the charm.

Sailab Mehsud, who reports for U.S.-funded Radio Mashaal, had followed Hakimullah across Pakistan’s federally-administered tribal areas. “He was a jolly person,” says the reporter. “Whenever I had the opportunity to meet him, I saw him as prosperous, hospitable, and humorous.” The Taliban chief apparently enjoyed telling jokes and, in a bid to keep them sharp, tested those around him with riddles.

Another journalist, Shoukat Khattak, recalls one of his meetings with him. “Hakimullah was leading us toward South Waziristan’s hilly area,” Khattak tells Newsweek. “Suddenly, he stopped his double-cabin vehicle and asked all of us [journalists] to get out. One of his men told us to recite the kalma.” Khattak and his companions had no choice but to comply; they were surprised, and scared. “We thought this was the end.” Hakimullah could see the fear writ large on his guests’ faces, and burst out laughing. “You people are so brave on TV. I have now witnessed your bravery!” he said. “Don’t worry. Let’s do a round of target shooting.” Hakimullah had guns handed over to the journalists and pointed toward objects lined up at some  distance. Khattak and his friends struggled to keep up with Hakimullah’s marksmanship.

Hakimullah showed extravagant generosity to journalists, especially those who could broadcast his apocalyptic warnings to the wider world. At a meeting some years ago in Orakzai tribal agency, Hakimullah offered Sailab a Humvee that the Taliban had snatched from NATO forces. “I grinned at this gesture,” says Sailab, knowing the problems he would face if he were to drive around in that vehicle. “Emir sahib, you are too kind,” Sailab said to Hakimullah with some trepidation, “but we must forego this kindness of yours.”

At another meeting in the South Waziristan town of Shaktoi in 2009, Hakimullah took Sailab on a winding tour of lands under Taliban control. When they finally sat down for lunch in a small, nondescript mud-built house, they began hearing the menacing whirring of U.S. drones overhead. One of Hakimullah’s lieutenants burst in. “There are too many drones flying emir sahib!” he said. “High or low?” responded Hakimullah, barely taking his eyes off his meal. “Very low,” said the lieutenant. Hakimullah paused for a moment and then dismissed his officer with a wave of the hand: “Leave it to Allah.” Hakimullah’s equanimity did little to reassure Sailab: “I thought every breath I was taking would be my last, but Hakimullah was unfazed.”

Finally, with lunch over and the drone of imminent death having faded away, Sailab mustered the courage to ask Hakimullah about his life. Hakimullah promptly took hold of Sailab’s notebook. To the reporter’s surprise, and relief, Hakimullah then sat down and began scribbling. These notes, in Urdu and sprawling seven pages, constitute his brief autobiography.

‘You people are so brave on TV. I have now seen your bravery!’

“My name is Hakimullah Mehsud, son of Abdullah Din,” he wrote. “I was born in Kotkai … We are four brothers—Kalimullah Shaheed, Ijaz Atiqullah, Tahirullah—and four sisters, and I am the eldest of all.” He wrote about his unremarkable lineage, resisting the temptation to pad the names of his forebears with romanticized, warrior fiction. He didn’t mention his children, but wrote that his first wife is from his Ashengai tribe and the second is an Afridi from Orakzai. In these notes, Hakimullah said he was schooled both at the Dar-ul-Uloom Shariah madrassah run by one Mufti Sarwar and at a “nearby school,” which he left after the 8th grade. Hakimullah also boasted of participating in attacks in Afghanistan under the command of Baitullah Mehsud and Maulana Sangeen—both of whom would also die by the drone. When “full-fledged war started in Afghanistan,” Baitullah advised Hakimullah to go on a four-month “preaching mission.” By the time he returned, in 2004, Hakimullah wrote that the war had already spread to South Waziristan and that his comrade Naik Muhammad had become the first victim of a U.S. drone strike. Hakimullah, who wrote that he had also sheltered Al Qaeda and Uzbek militants, went to fight the Americans in Afghanistan, again, after the Taliban entered a truce with the Pakistan Army in 2005. On his return, he was asked to organize militant ranks across Pakistan’s tribal belt—in Kurram, Orakzai, Khyber, Mohmand and Bajaur agencies. “This was the biography of Hakimullah alias Zulfiqar Mehsud,” his notes conclude.

After he had penned down this autobiographical sketch, it was Hakimullah’s turn to ask the questions. “Who has inspired you the most in your life?” he asked Sailab. “I couldn’t say anything,” Sailab tells Newsweek. “I realized he was expecting me to say his name or Baitullah Mehsud’s name.”

Despite his cordiality, reporters like Sailab remained nervous around Hakimullah. “Once when I was with him I could not take it any longer and dared to ask him if I could please smoke,” Sailab recalls. Smoking in Hakimullah’s presence—a man considered an elder, even at his young age, by virtue of his rank—was not the done thing. “I cannot survive without smoking!” Sailab begged Hakimullah. The Taliban chief chuckled, and then granted Sailab permission to light up.

Had drones not been stalking him, Hakimullah would have engaged the press more often. “Due to security reasons, he moved around a lot, staying with friends,” says senior Taliban commander Ihsanullah Ihsan. “He even stopped going to the mosque to say his prayers.” Ihsan says Hakimullah had been living with his family at the house where he was killed for the past six months or so, and that this house had belonged to his cousin Latif Mehsud, who is in U.S. custody. “The price of this house is far below what the media is claiming,” Ihsan complains, adding that very few people knew who actually lived in that house. “He had a simple life,” he says of Hakimullah.

It is said Hakimullah preferred to wear white to signal what he held was the purity of his cause, with a pakool—a traditional cap common in the tribal areas—always atop his head, and a Kalashnikov slung across his shoulder. Hakimullah had two wives and four children, including two boys. His eldest is believed to be about 12 or 13, according to Ihsan. Hakimullah’s children are enrolled at a madrassah for “religious as well as contemporary education,” says Ihsan.

Hakimullah’s four-year reign of terror was a fertile period for the Pakistani Taliban. On his watch, the Taliban expanded their control across the tribal areas, Khyber-Pakhtunkhwa province, and urban centers like Karachi. He directed audacious attacks against security personnel and installations targeting General Headquarters, the Navy’s Mehran base, Kamra airbase. He also oversaw the Bannu and Dera Ismail Khan jailbreaks that set scores of terrorists free, and maimed the country’s general elections in May by unleashing hell on “secular” political parties. Unlike his predecessor, Baitullah Mehsud, it is said that Hakimullah ruled with consensus and would hold lengthy meetings with his cohorts to review details of planned operations. For all this, he was revered by the Taliban’s rank and file, now intent on exacting revenge for his killing.

The day he was killed was busy-as-usual for Hakimullah. “About 9 a.m., he started meeting friends who had come from great distances to meet the emir,” says Ihsan. After a whole day of meetings, Hakimullah went to unwind at an Afghan friend’s house. The drone got him on his way back, in front of the gate of his house. The end of Hakimullah, warns Ihsan, is only the beginning of more mayhem. “Thousands of mujahideen will be born from each drop of Hakimullah’s blood.” War-worn Pakistan knows better than to doubt the Taliban’s word.

Sooo now the journalists also speak highly of Hakimullah mehsud! what is this country coming to

This is insightful. where is his autobiography? lets publish it . haha

lolzz. why doesn’t newsweek make a monument for him too!!

Now Newsweek is trying to condole the Pro-Taliban elements in Pakistan by such articles.

This is a nice article

Journalists are really scared of Hakimullah ….

This is like making a terrorist look like some kind of Hollywood crap hero. Simply said, he was brutal, savage, sold on the hands of malicious foreign powers, who used him like a tissue paper, disposed it off to a dustbin of death later.

I agree. Putting him on a pedestal.

he was good looking though! haha! unlike other talibs! LOL