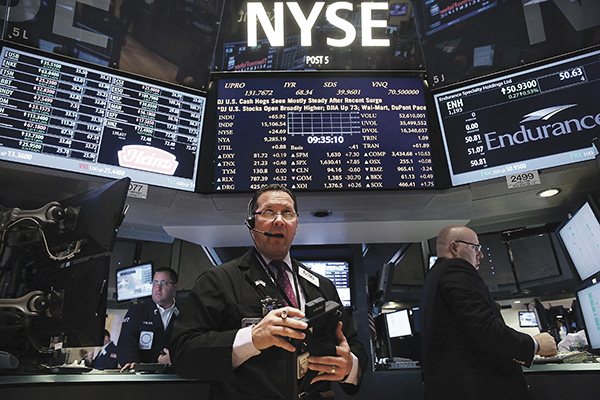 The prophets of American economic decline revise their thinking.

You can even hear crowing from Charles Morris, the author of the bestselling crisis book The Two Trillion Dollar Meltdown: Easy Money, High Rollers, and the Great Credit Crash; in June he released a sequel volume—albeit a slim one—called Comeback: America’s New Economic Boom. His cause for celebration? The fracking revolution. The nation’s supply of natural gas locked in shale “is so vast that it has the potential to transform the manufacturing economy, creating jobs across the country and requiring a new infrastructure that will benefit the nation as a whole.”

Another former economic sourpuss, banking analyst Meredith Whitney—who (accurately) predicted the financial crisis and then (inaccurately) predicted a boom in state and municipal bankruptcies—is out with Fate of the States: The New Geography of American Prosperity. Forget the coasts, she argues. The plains and interior, fueled in large part by agricultural and energy resources, are now driving economic growth.

And while in his 2011 jeremiad, The Great Stagnation, George Mason University economist Tyler Cowen said all the low-hanging fruit of productivity and technology had been picked, times have changed. Having tracked continuing technological advances and the slowdown of health-care costs, Cowen is recanting a bit in his new book, Average Is Over: Powering America Beyond the Age of the Great Stagnation, due out in September.

The data generally seem to agree with them. In recent years the U.S. economy has managed to shrug off internal and external shocks, and it is showing every sign of powering through both tax increases and sequestration. The private sector has created nearly 7 million jobs since early 2010. The U.S. economic engine may be revving in a low gear, but it’s not in neutral or reverse, as most developed economies are. And economists have been ratcheting up their growth forecasts for 2014. “When the facts change, I change my mind,” economist John Maynard Keynes is believed to have said. Some economic thinkers, following suit, have reacted to the changing facts by changing their minds too.