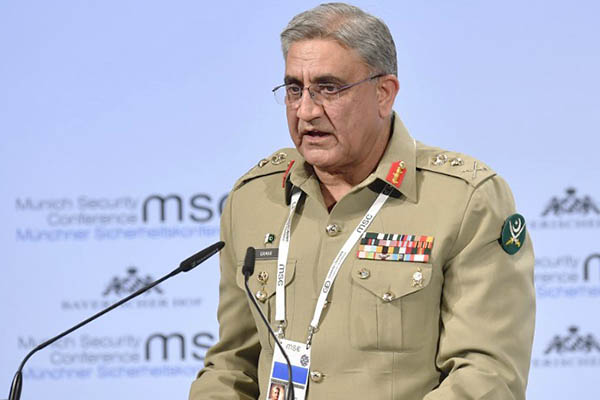 “Our enemies know that they cannot beat us fair and square and have thus subjected us to a cruel, evil and protracted hybrid war. They are trying to weaken our resolve by weakening us from within.”

The reference dovetailed with the content of his two earlier speeches on April 12 in Peshawar and Rawalpindi, where he stated that “‘engineered protests’ would not be allowed to reverse the gains of counterterrorism operations [in FATA] and cautioned… against forgetting [the] sacrifices of ‘real heroes’.”

How should we process these references?

Consider the first statement, which begins with “they cannot beat us fair and square.”

Battles and wars, if planned and executed properly, are about gaining an unfair (read: asymmetric) advantage over the adversary.

Corollary 1: there’s no space for a ‘fair and square’ contest in war. In fact, one of the cardinal principles of waging war, put humorously, states clearly that “if you find yourself in a fair fight, you didn’t plan properly.”

Corollary 2: extrapolating from the first, there’s also no space in war for accusing the adversary of being smarter than you. If you cannot do everything and more better than your adversary, you will be defeated. War doesn’t like self-pity or excuses.

Next, we have the reference to “a cruel, evil and protracted hybrid war.” Another principle of waging war (or a battle) states clearly that one must plan carefully and execute ruthlessly.

Corollary 3: adjectivizing the adversary’s actions means nothing. Henry V’s speech before the Gates of Harfleur is a good example of the futility of “sending precepts to the Leviathan” after the battery has begun.

That said, Bajwa’s reference to “hybrid war” is the most important one, not just because he is right about that but also because the term, bandied about since circa 2005, has become vague precisely because of its overuse (and abuse).

Personally, I prefer non-linear war, distinguishing it from the linear, a planned strategy that unfolds sequentially. Non-linear war is “the simultaneous deployment of multiple, complementary military and non-military” tactics and strategies.

In other words, what is now called ‘hybrid’ is, and can be, a combination of conventional and unconventional, regular and irregular, overt and covert, physical and cyber means of waging wars. The unconventional here does not refer to the NBC [nuclear, biological and chemical] environment. It denotes and connotes every possible tool—political, socioeconomic, social media, demands for rights et cetera—that can be deployed and employed against an adversary.

Put another way, if state X has multiple fault-lines, state Y can, instead of overt threats of employing kinetic means, target those weak spots to get a force-multiplier effect. This is the most effective way of waging war because it relies on getting the society in state X to act in ways, often unwittingly, to weaken it and it is undeclared and deniable. The adversary only has to exploit (and aggravate) what’s already brewing and expect state X to employ highhanded strategies to worsen the situation in trying to address it.

That, as should be obvious, is the tricky part.

Let me explain: back in 1995, the late Nazih Ayubi put out a book titled Over-stating the Arab State: Politics and Society in the Middle East. Among other observations, Ayubi called the Arab states ‘hard’ as opposed to ‘strong’, arguing that while strong states have a reliable compact with society and can “work with and through other centers of power in society”, ‘hard’ states are “often violent because [they are] weak” and tend to “enforce a detailed, standardized regulation of the economy and the society.”

In the end, while hard states can arrest thousands of people, they cannot work out the compact that allows societal networks to accept the state normatively and not because of its coercive capacity.

The Arab Spring is a terribly good example of that. We saw what happened and how and where it has ended: in civil wars, a counter military coup in the case of Egypt and monarchial attempts elsewhere at perestroika and glasnost to address the threat while remaining wary of openness.

That’s the paradox: if a state has been hard long enough, how and at what speed must it travel to the safety of becoming a strong state. There are no easy answers to that.

In October 2014, in an article for Hilal, captioned Fighting 21st Century Wars, I quoted from a speech by General Valery Gerasimov, the current Chief of the General Staff of Russian Armed Forces. [NB: several analysts began to tag it as the Gerasimov doctrine, which it isn’t. He was merely looking at the Arab Spring and other color revolutions.] Gerasimov noted: “In the 21st century we have seen a tendency toward blurring the lines between the states of war and peace. Wars are no longer declared and, having begun, proceed according to an unfamiliar template.

“The experience of military conflicts—including those connected with the so-called colored revolutions in north Africa and the Middle East—confirm that a perfectly thriving state can, in a matter of months and even days, be transformed into an arena of fierce armed conflict, become a victim of foreign intervention, and sink into a web of chaos, humanitarian catastrophe, and civil war.”

As should be obvious, the issue is tricky because most of these states became or have become chaotic not because people initially took up arms but because they began asking for constitutional and legal rights while the states responded in and through the only means they knew: coercion.

If Bajwa is right and he is at the level of the threat he perceives, then he needs to appreciate a very basic fact about what he has called hybrid war: this war’s tools are effective only to the extent that a state is hard and weak and refuses to become strong. The effectiveness of the adversary’s strategy is contained not in what he can do to exploit the situation, but the manner in which the target state responds in its predictive ways.

Put another way, if we know that Y is trying to target unrest in some sections of our society and state, it won’t be smart on our part to ignore the reasons for that unrest and start focusing on who is exploiting it, to what extent and how. A non-kinetic, covert threat cannot be addressed through kinetic, highhanded means. It can also not be addressed by doubling down on precisely that which might have caused the unrest in the first place.

There’s much more can be said about hybrid (read: nonlinear) war but we shall leave it for some other time. Suffice to say here that disappearing people, interfering with scholars and their work, making threatening phone-calls to students and activists is not going to cut because that is exactly the behavior the adversary is counting on.

It’s time to become smarter and appreciate the situation instead of situating the appreciation.

I really love this man

Hybrid war is not exactly a new concept. Nor is the tendency to exploit adversary’s faultlines. One way of looking at the General’s utterances is that he is treading the path taken by his predecessors — branding genuine aspirations of a section of the people as an outcome of enemy’s manipulation.Perhaps the temptation to such a characterization was too high for the General despite the disastrous consequences we have seen in the past.

The learned auther has tried to use a kitchen converstaion for global economy , the target beneficiaries of this speech was 20+ years young man whose idia of war is restricted to a man sitting in trench an orther guy assulting ,
I wish these THINK TANK SCHOLARS can make better world for us .

At the peak of the so called civilization, the crux remains the same as was in the times immemorial, i.e. subjugation, dominance and or gaining influence (not to preclude economic) to say the least. The tools, instruments and the mechanism used may have been modernized. The irony is that, in order to achieve that objective, the total disregard to human sufferings, inflicting miseries upon women, children, old, sick notwithstanding!

I agree.War should be outlawed in every form and shape.it is not in our genes,invented with the begining of civilization agriculture and property rights.
Add to it religious bigotry.