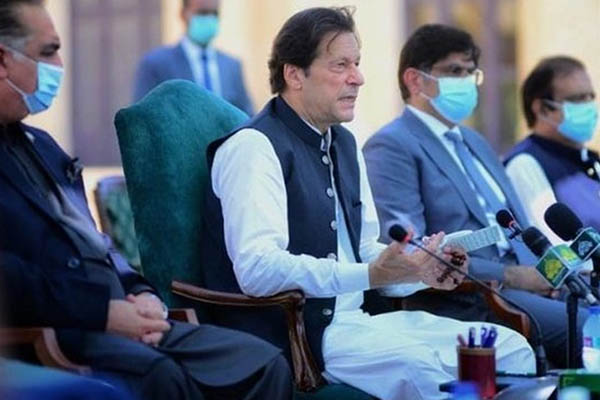 P.M. says plan will be jointly funded and implemented by the armed forces, the federal government, and the Sindh government

Prime Minister Imran Khan on Saturday announced that the federal and Sindh governments, in collaboration with the armed forces, had decided on a three-year, Rs. 1,100 billion development plan for Karachi to resolve longstanding problems of the city.

“It is important to be aware that various entities have jurisdiction over different parts of Karachi,” he said, referring to cantonments, and other areas that do not fall under the purview of the Sindh government. “This is why it has been so difficult to implement plans for the city in the past,” he said. Khan said that the government had decided to launch a Provincial Coordination and Implementation Committee (PCIC) along the lines of the National Command and Operation Center, which he credited with controlling the COVID-19 pandemic in Pakistan, to encourage coordination between all stakeholders.

“Under the PCIC, everyone is on the same page and it’ll be easier to overcome barriers. The armed forces, federal and provincial governments will all work together,” he stressed.

The prime minister noted that while a “historic” package was being unveiled for Karachi, the government would also work to uplift all areas impacted by this year’s floods, including interior Sindh, Balochistan, Swat and Chitral. He said the armed forces had already been helping citizen overcome this crisis. “The Army, globally, always takes a lead in flood relief activities,” he added.

According to the prime minister one of the biggest issues facing Karachi for years had been a lack of water in its mains. “Our plan is to fix this [problem] within three years,” he said. “The second issue is that of the nullahs [waterways] that have encroachments on them. The National Disaster Management Authority—as it has already been doing—will clear these nullahs, while the Sindh government has promised to resettle any people who are displaced by the removal of encroachments,” he said.

Khan said that the Rs. 11,000 billion package would also “fully” tackle the city’s sewerage system, adding that the issue of solid waste management would also be resolved. “Karachi’s transport issues, including the circular railway, will also be completed within this package,” he said, and noted that road repairs and BRT lines had also been discussed during meetings today and would be covered under the package.

“The people of Karachi have suffered through great hardships, but it has resulted in us deciding to collaborate and fix all the issues facing them,” he said.

Karachi experienced record rainfall last week, leaving large parts of the city inundated, and triggering prolonged power outages and communication problems that are still ongoing in some parts of the metropolis. The federal government, led by the Pakistan Tehreek-e-Insaf, had accused the provincial government led by the Pakistan Peoples Party of failing to resolve the problems of the metropolis and had vowed to announce a “massive” development plan to provide relief.

Earlier, the prime minister took an aerial survey of Karachi upon his arrival in the city and then presided over a meeting to discuss the Karachi Transformation Plan.