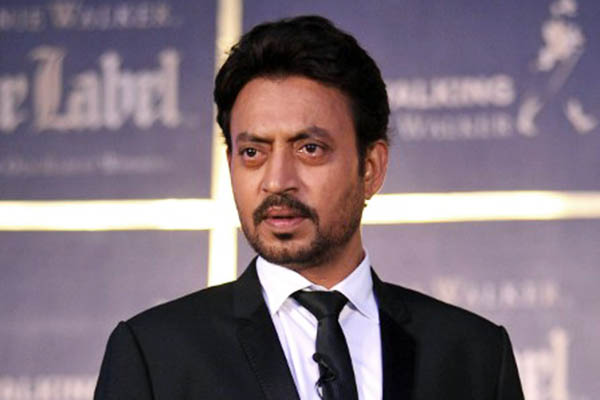 Indian movie star Irrfan Khan, lauded for his roles in The Lunchbox and Life of Pi, has urged Hollywood directors to adopt Bollywood’s love of flamboyant song-and-dance routines.

The ubiquitous actor, whose credits also include The Amazing Spider-Man and The Darjeeling Limited, said that U.S. blockbusters would benefit from a injection of musical hoopla, Indian style.

Khan, 48, is one of Bollywood’s most internationally recognized exports, carving a stellar career at home and in Hollywood where he has worked with Oscar-winning directors Danny Boyle and Ang Lee. Ahead of the U.S. release on June 12 of Jurassic World, Khan’s latest Hollywood film, the Rajasthan-born actor said the American movie industry could learn a lot from its Indian counterpart.

“The informality and personal connections in Bollywood are nice,” Khan said during an interview in Mumbai. “Things are too compartmentalized in Hollywood, and the system can be rigid. Also they should imbibe our song-and-dance culture. I think Hollywood could do wonders with it,” added the father-of-two.

Khan, who charmed global audiences as a lonely accountant who exchanges hidden letters with a neglected housewife in The Lunchbox, is currently hot property in both major film industries. Piku, in which he has a supporting role as a taxi driver, has dominated Indian box offices since early May. He will also star in action-drama Jazbaa, which is scheduled for release in October.

Khan has been involved in almost 90 films throughout his career, including The Namesake, and is presently shooting with Tom Hanks in Ron Howard’s adaptation of Dan Brown’s novel Inferno, due for release next year. He thinks there are big differences between Bollywood and Hollywood, suggesting that one so-so movie in America can hamper an actor’s career, while in Mumbai you can still get by.

“In India an actor with one hit in the bag can survive with PR and continue working in another four films, until he delivers his next hit,” says Khan. “Social media activity and perception works more over here, but in Hollywood, you have to perform and deliver. The irony is that while it is a heavily marketing-based industry, you cannot survive there on the basis of marketing [alone],” he added.

While Khan—often referred to as simply “Irrfan” by his fans—is now feted the world over, it hasn’t always been plain sailing for the drama graduate.

He worked in the Mumbai television industry for several years before landing a small part in filmmaker Mira Nair’s Salaam Bombay (1988), but his joy was short lived when the role was later cut. Television and a few Hindi film roles followed but Khan was unable to land the romantic hero roles symptomatic of Bollywood movies because directors viewed him as not good-looking enough.

He has been often cast as the villain or a cop, and also played the Indian Macbeth in Maqbool and the ghost in the Hindi Hamlet, Haider. Khan was almost ready to quit acting out of frustration with the way his career was progressing, but in 2001 he landed a part in British director Asif Kapadia’s awarding-winning film The Warrior.

He hasn’t looked back and now revels in the attention he receives.

“I get a lot of importance and affection in the West,” he says. “They appreciate the elements and layers you bring to the character. Even in India critics notice what you bring to a role,” Khan adds.

He rues the fact that Indian films no longer always include songs as they did in the 1960s and ‘70s. “Music was [our] originality,” Khan says.

However, he appreciates that recent hits such as Boyle’s Slumdog Millionaire and Lee’s Life of Pi have helped change the perception of Indian movies internationally. “Although Slumdog and Pi are not Indian films, they are perceived to be, and they are films that are engaging with audiences abroad,” says Khan.