Home Latest News Islamic State Down But Not Out in Libya

Islamic State Down But Not Out in Libya 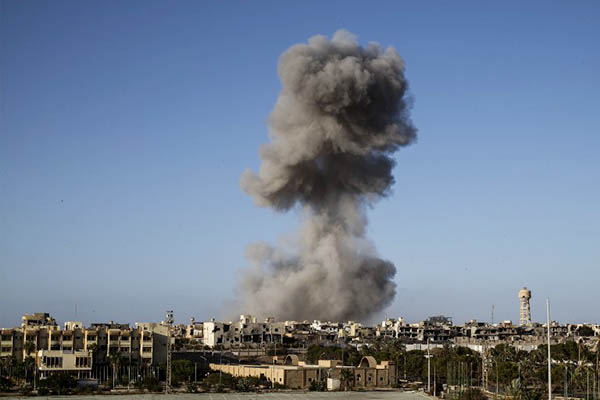 Observers say the fall of Sirte to pro-government forces does not mean an end to isolated militant cells across the country.

The fall of Sirte to pro-government forces is a significant setback for the Islamic State group in Libya, but will not spell the end of the jihadists in the strife-torn country, experts say.

The loss of the coastal city is the toughest blow yet to the group’s ambitions to seize and control territory in Libya along the lines of its self-proclaimed “caliphate” in Syria and Iraq. But the group is likely to maintain a clandestine presence and seek to undermine Libya’s fragile unity government.

“The retaking of Sirte is certainly a negative blow to I.S. affiliates in Libya because they will no longer have a territorial stronghold in the country,” said Claudia Gazzini, a Libya analyst at the International Crisis Group. But the group is likely to maintain cells in other parts of the country, she said.

I.S. took advantage of the chaos following the fall of dictator Muammer al-Gaddafi in 2011 to gain a foothold on Libya’s Mediterranean coast, just a few hundred kilometers from Italy. As rival militias fought for control, it had free rein to implant itself in Gaddafi’s hometown, where it took control in 2015.

“Conquering Sirte and establishing a wilayat [a province in the ‘caliphate’] was a big propaganda coup which attracted fighters from all over North Africa and the Sahel,” said Mattia Toaldo, a Libya expert with the European Council on Foreign Relations. “Losing it could cause a momentary loss of traction, but a lot will depend on what happens in Syria and Iraq and whether the ungoverned spaces in Libya will remain such.”

According to French and American sources, some 5,000-7,000 I.S. fighters are present across Libya. It is impossible to say how many were killed during the seven-month battle for Sirte. Those who escaped may try to set up a new base elsewhere in Libya, said Gazzini.

She said I.S. militants may still have a presence around the capital Tripoli and in second city Benghazi in the east.

Fighters who escaped Sirte have likely moved south to Sebha, closer to Libya’s borders with Algeria and Niger, she said.

The lawless south is an important base for arms and people smugglers across the Sahel region. “Southern Libya offers ISIS some haven and logistical benefits but its remoteness is also a liability,” said Frederic Wehrey, a Libya expert at the Carnegie Endowment for International Peace. “For it to find a place to govern and rule it would need to find a locale suffering from marginalization and some sort of tribal or social constituency,” he said.

To operate, the group also needs money. I.S. fighters in Libya have had few financial resources compared to their colleagues in Iraq, who seized assets from local banks and sold oil and archeological treasures to fill the coffers of their “state.”

“[I.S. in Libya] didn’t manage to seize any considerable source of revenue,” Toaldo said. “What they found in the banks in Sirte was not comparable to what they found in [the Iraqi city of] Mosul, nor was there an equivalent weapons stockpile.”

Foreign diplomats hope that the fall of Sirte will strengthen the Government of National Accord, which has been operating in the capital since the spring but has little clout across vast areas of the country.

Experts fear the jihadists may operate an underground network to carry out attacks against the GNA. “[I.S. might] try to utilize clandestine networks to undertake spectacular attacks to erode support for the already embattled GNA or dissuade foreigners from returning,” Wehrey said.