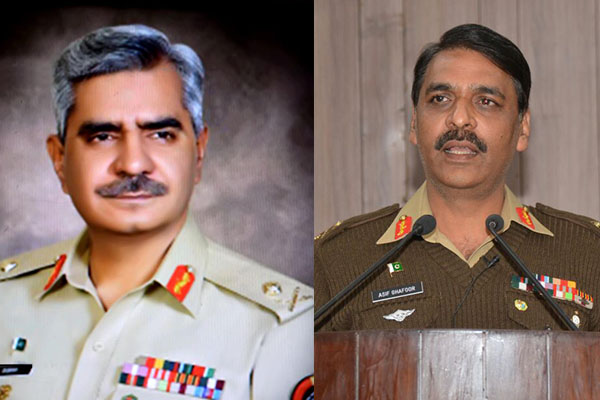 Maj. Gen. Asif Ghafoor was on Thursday replaced as the spokesman of Pakistan’s armed forces in what is being seen as a major reshuffle in the ranks of the military.

Reports of Ghafoor’s reappointment spread on social media in the afternoon before being confirmed by the military later in the day. Posting on Twitter from the official account of the Director-General of the Inter-Services Public Relations, the senior official confirmed his exit.

“Thanks to everyone I have remained associated with during the tenure. My very special thanks to media all across,” he said. “Can’t thank enough fellow Pakistanis for their love and support. Best wishes to new DG ISPR for his success,” he added.

According to reports, Maj. Gen. Ghafoor has now been transferred to the 40th Infantry Division (Okara) as its general officer commanding. Maj. Gen. Babar Iftikhar, who was commanding an armored division in Multan, has been tapped to replace him.

Ghafoor was appointed as the DG ISPR in December 2016. His three-year tenure to the post expired last month. The senior military official had a very active presence on social media, where he would often personally respond to critics of the armed forces and issue official statements about various matters of national security and public policy on behalf of the military.