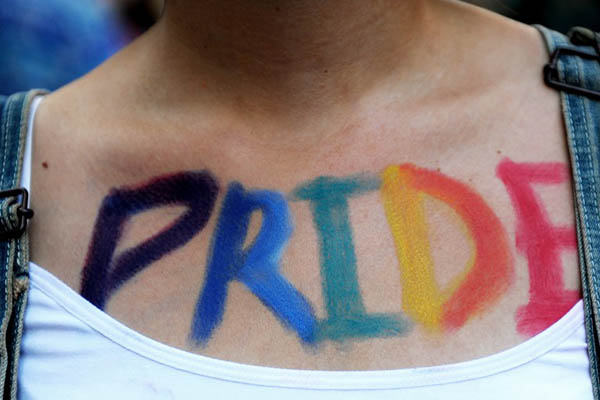 Turkish authorities warn residents of legal repercussions if they participate in pride activities.

The order, angrily denounced by the Istanbul pride organizers, means anyone taking part in the June 26 march in the defiance of the authorities risks facing intervention by the security forces.

The Istanbul governorate said in a statement it was aware through reports in the press and social media of plans to hold the annual march on June 26 but urged citizens not to follow the calls to take part and instead to comply with warnings by the security forces.

The gay pride march had until last year been held on 12 occasions largely without incident, growing into the largest such event in a Muslim country with thousands taking part in a celebration of diversity. However in 2015, police shocked participants by firing tear gas, water cannon and rubber bullets to prevent the march before it had even begun.

The statement from the governorate said: “Permission will not be given for… a meeting or a march on grounds of safeguarding security and public order. We urge our dear Istanbul residents not to heed calls to take part and to comply with warnings by the security forces.”

The organizers of the march, in a statement on their Facebook page, denounced the ban as a “flagrant violation of the constitution and the law.” It said that the event had until 2015 been held on the last Sunday in June every year since 2003 “to raise our voices against the violations experienced throughout the year and express our demands for equality, freedom and legal status.”

It accused the governor’s office of failing in its duty to protect the rights of citizens to exercise their rights and vowed to launch legal proceedings. “The duty of the state is not to prevent the exercise of rights but to remove any obstacle preventing the exercise of these rights,” it said.

Activists are planning a week of events from this weekend culminating in a gay pride march on June 26 that traditionally follows Istanbul’s famed shopping street Istiklal Caddesi and finishes in Taksim Square.

However Turkey has been hit by a string of attacks this year, including a deadly suicide bombing on Istiklal itself that killed three Israelis and an Iranian and was blamed on jihadists. Meanwhile, the march, as last year, is scheduled to take place during the holy Muslim fasting month of Ramzan.

There had already been concerns about the security of participants after a hardline nationalist youth group, the Alperen Hearths, vowed to intervene to stop the march from taking place. The president of the Alperen Hearths said on Thursday that the group did not want “our religious values to be ignored.”

“We do not want that people walk around half naked with alcohol bottles in their hands in this sacred city watered by the blood of our ancestors,” Kursat Mican was quoted as saying by the Hurriyet daily.

Homosexuality has been legal in Turkey throughout the period of the modern republic and was also legalized in the Ottoman Empire from the mid-nineteenth century. But gays in Turkey regularly complain of harassment and abuse in a largely conservative Muslim society where open displays of same sex love are strongly frowned upon.

Critics have accused President Recep Tayyip Erdogan of leading a creeping Islamization in Turkey since he came to power as premier in 2003, undermining the secular foundations of the modern republic. Erdogan has repeatedly annoyed activists with his comments on sex and family planning, but has generally steered clear of commenting on gay issues.