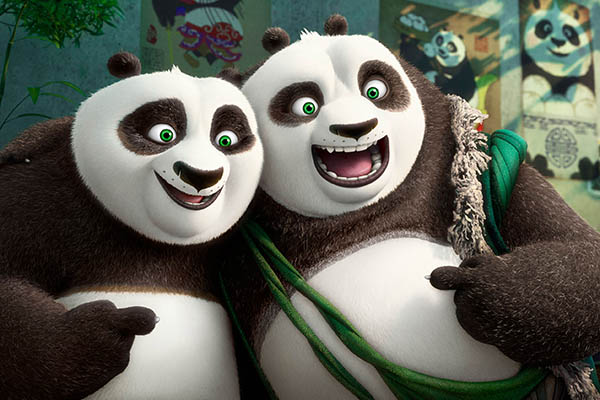 Kung Fu Panda 3 kicked its way to the top of the North American box office over the weekend, bouncing The Revenant to the number two spot, industry estimates showed Sunday.

Following the adventures of Po as he evolves from martial arts student to teacher, the U.S.-Chinese production features the voices of stars Jack Black, Dustin Hoffman and Angelina Jolie.

The Revenant, a grisly tale of backcountry survival and revenge starring Leonardo DiCaprio and showered with Oscar nominations, settled into second after topping the rankings last week. Exhibitor Relations estimated the film made $12.4 million its sixth week in theaters.

Star Wars: The Force Awakens, continued its blockbuster run for a seventh week, pulling in another $10.8 million. It has piled up $895.4 million in North American ticket sales in seven weeks. Fourth was The Finest Hours, a rescue-at-sea drama that made an estimated $10.3 million on its debut weekend.

Starring Chris Pine and Casey Affleck, it’s based on the true story of a 1952 rescue of a ship that breaks apart during a raging New England nor’easter.

Comedy Ride Along 2 was fifth with $8.3 million in receipts. A sequel starring Ice Cube and Kevin Hart, the comedy has been in theaters for three weeks.