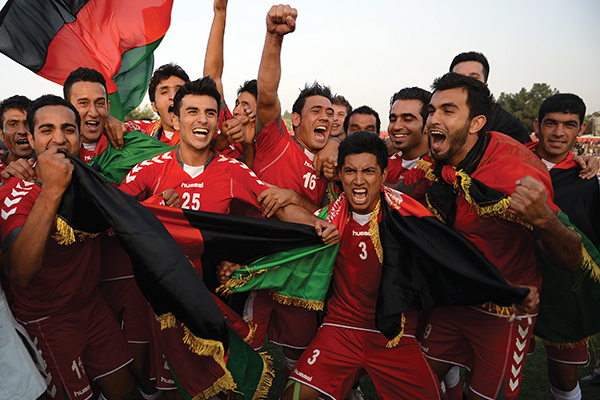 Afghanistan has finally defeated Pakistan, at least on the football field. In the first international match in Kabul in 10 years and the first there against Pakistan in 36, Afghanistan’s football team, ranked at No. 139 in the world, decisively defeated Pakistan’s, ranked at No. 167, 3-0. The heavily-guarded Afghanistan Football Federation stadium with its crowd of some 6,000 erupted in celebrations after the Afghans’ victory. The jubilant could not help but see the football win as a prelude to something more real world. “I hope this victory will be a response to Pakistan’s interference in Afghanistan,” said a 20-year-old fan. As the date for the pullout of U.S.-led troops from Afghanistan draws closer, Islamabad and Kabul have been deadlocked in ritual recrimination. Afghanistan’s unstable President Hamid Karzai is scheduled to arrive in Pakistan on Aug. 26 to chart a way forward. Let’s hope he comes with the realization that enduring peace with Pakistan is not something to be kicked around.