Lionel Messi to be Tried on Tax Fraud Charges 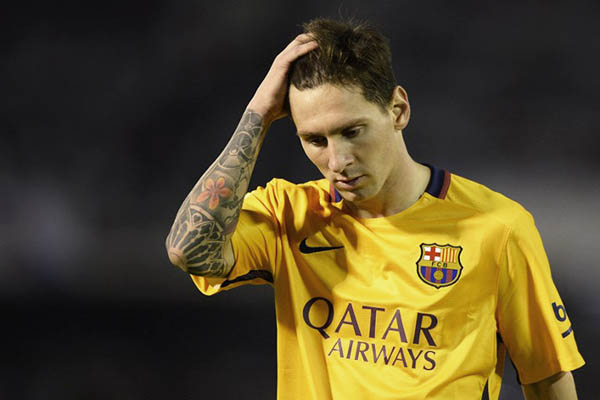 Footballer and his father are accused of defrauding over $4 million in taxes between 2007 and 2009.

Argentina and Barcelona star Lionel Messi and his father Jorge are to stand trial on three counts of tax fraud that could carry prison sentences, a Spanish court confirmed on Thursday.

In a court filing, the judge in charge of the case rejected a request by the public prosecutor to try only the footballer’s father. The pair was accused in 2013 of defrauding the taxman out of $4.69 million in taxes related to Messi’s image rights between 2007 and 2009 through the creation of fake companies in Belize and Uruguay.

No date has been set for the trial, which will take place in Vilanova i la Geltru, a town 50 kilometers south of Barcelona.

Prosecutors had asked for the case against the four-time World Player of the Year to be dropped as the alleged fraud was in their estimation carried out by his father, who has managed his son’s affairs since he was a child. They asked for Jorge Messi to be handed an 18-month prison sentence and a fine of half the defrauded amount.

However, lawyers acting on behalf of the tax authorities pleaded for the player to also be tried and for both defendants to face a 22-month prison sentence.

In any case, both are unlikely to end up in jail as sentences of less than two years are normally suspended for first time offences in Spain. “There are rational signs that the criminality was committed by both accused parties,” said the judge.

Messi, 28, is the fourth richest sportsman in the world, according to Forbes magazine, which estimates he earns almost $65 million a year. The news is just the latest blow for the Argentine, who will be out of action for six weeks due to knee ligament damage.