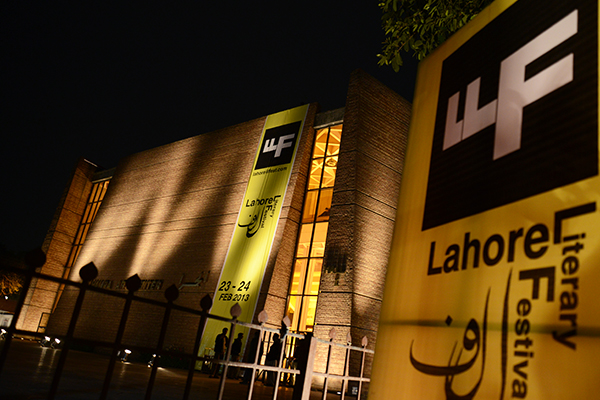 Lahore, Pakistan’s historical capital and center of the arts, literature, and music is playing host to the second and even more fabulous Lahore Literary Festival next week.

For three days starting Feb. 21 and ending on the evening of Feb. 23, over 100 writers, artists and musicians from eight countries will provide audiences with a stimulating array of ideas, intellectual conversation, literary discussion and visual drama.

Lahore’s ancient traditions of storytelling, painting, dance and music are being brought to life again under the banner of LLF 2014. Last year’s debut of the LLF drew over 30,000 people. This year there are more and varied sessions, four core spaces at the venue, and a much wider array of tantalizing thinkers from home and abroad who will not fail to attract more people.

There are prominent writers coming from Bangladesh, Britain, Egypt, France, and, of course, our large and diverse neighbor India, from where Vikram Seth heads a stellar lineup that includes Namita Gokhale and Shobhaa De.

As much care is being taken over inviting renowned moderators to make the sessions even more stimulating. We are fortunate to have moderators from The New York Times, The New York Review of Books and the BBC along with top Pakistani hosts.

Pakistani highlights include the first public appearance for many years by Shahzia Sikander, one of the world’s most celebrated miniature artists, book launches by Urdu novelist Julien Columeau, and the brilliant novelist Kamila Shamsie who will read from her new novel A God in Every Stone. There will be a special showing and discussion of the work of Lahore’s lost daughter, the artist Amrita Sher Gil; and the same for Lahore’s deceased music maestro Nusrat Fateh Ali Khan.

There are high-powered sessions dealing with nonfiction where important writers from this genre look at art and literature and consider how they can be used to fix a world that is in increasing turmoil. Sessions on the Middle East, Afghanistan and other parts of the world in turmoil are viewed through the lenses of the region’s top writers and intellectuals.

Taking into consideration Lahore’s traditional diversity, sessions will be held in Urdu, English and Punjabi, and literature and poetry from all three languages will be discussed. The evenings will be jam-packed with both traditional and the latest cultural offerings, while guided tours of the city will introduce first-time guests and writers to the magnificence of Old Lahore.

Rashid is the bestselling author of Taliban: Militant Islam, Oil and Fundamentalism in Central Asia. His latest book is Pakistan on the Brink: The Future of America, Pakistan, and Afghanistan. He is also a member of the LLF 2014 Advisory Committee.