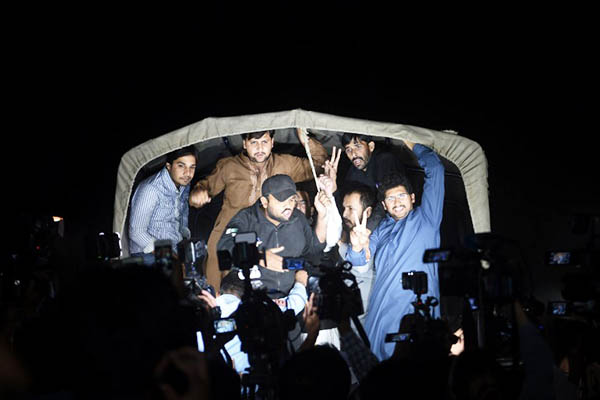 Public pressure is eroding the state’s writ across Pakistan.

The Islamabad High Court has ordered the government to protect the rights of the citizens of Islamabad on Nov. 2 when Imran Khan’s “lockdown” of the capital will disrupt normal activity. It has granted Khan the right to protest but has denied him the right to prevent normal urban activity. On both counts the Court is right but the government still has to decide whether it can take on the million-strong mob Khan has promised on Nov. 2.

A senior lawyer commenting on the issue on TV thought the court shouldn’t have entertained the case and should have asked the litigant citizens to consider the matter purely political—to be decided between the brawling parties. Needless to say, the problem arising from Khan’s dharna is recognized all over the world and pertains strictly to state sovereignty and its erosion under public pressure.

The signs are already there. Imran Khan is pursued by two arrest warrants under various cases of wrongful accusation. So are dozens of MQM leaders in Karachi. You may call it “political expediency”, but it more akin to a loosening of the grip of the state on public life to ensure proper implementation of the Constitution.

Pakistan has been losing its writ in vast areas of the country. It lost it in the court of law when it tried to subject its non-state actors to normal obedience. Chief of the terrorist organization Lashkar-e-Jhangvi, Malik Ishaq couldn’t be punished because the judges got scared of him. The same thing happened in the case of Lashkar-e-Taiba’s Zakiur Rehman Lakhvi in Adiala jail where he faced trial for taking part in the Mumbai attacks of 2008. Now it has hit Islamabad. Ultimately it will affect the ability of the state to sustain normal political activity—and could severely impact the elected government’s ability to rule for a full five-year term.