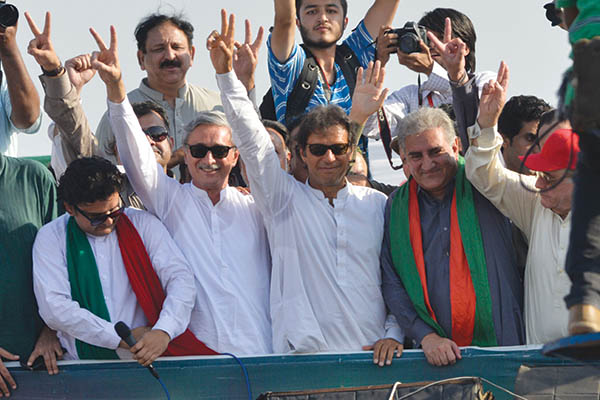 The perennially protesting PTI’s ‘Ehtesab Rally’ finally reached Lahore on Sept. 3. Despite the month-long build-up, the rally failed to live up to the party’s earlier highs in 2012 and 2014, attracting only a few thousand people. Part of the problem may be the party’s failure to convince voters why they should care about accountability of the Panama Papers—after all, it’s hardly news that Pakistan’s political class parks its (substantial) wealth abroad. Or it may just be disillusionment with the party itself, which has come under fire for betraying its own constitution. Or it may be an inability to prove its being targeted by the ruling party. Fortunately for chief Imran Khan, National Assembly Speaker Ayaz Sadiq is here to help. On Sept. 5, Sadiq dismissed all references seeking the disqualification of P.M. Sharif—his party’s chief—even as he accepted similar references against Khan and PTI stalwart Jahangir Tareen. The PTI has tried—and failed—to evoke the kind of martyrdom rival PPP has used to rally its base for the past three decades. Sadiq, in his desire to please king over country, may have done their work for them.