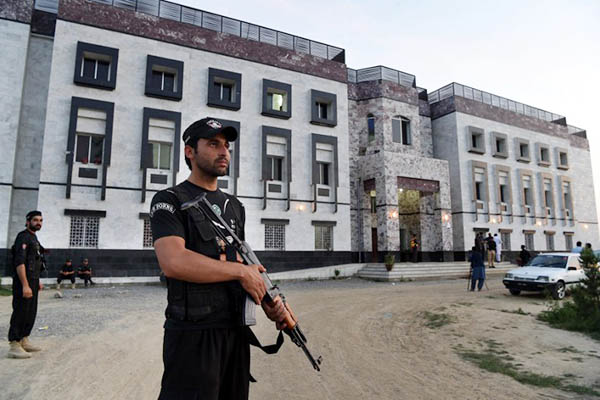 One of the students arrested in Mardan has alleged in court that staff at the Abdul Wali Khan University incited the riot that resulted in the brutal lynching of Mashal Khan, according to police.

Wajahat Khan, one of the attackers taken into custody, told a judicial magistrate that he and a group of students had been summoned to a varsity chairman’s office on April 13. “When I reached the office, there were already 15-20 people there, including faculty members Ziaullah, Asfandyar and Anees, and university staff superintendent Arshad, clerk Saeed Idrees and security in-charge Bilal Baksh,” said Khan. “One student, Mudasir Bashir, asked to become a witness in a blasphemy complaint against Mashal. Idrees told all of us that he didn’t want a communist [Mashal] to remain a university student,” he added.

According to Khan, one of the professors suggested forming a committee to probe the blasphemy allegations, but Idrees, Baksh and Bashir said there was no need for it. “The university management told the gathered students that Mashal and his friends had committed blasphemy,” he said, claiming he would not have participated in the farce if he had been aware of the university’s “conspiracy” against Mashal.

“During the meeting, the security in-charge told us that anyone who sought to protect Mashal would be dealt with harshly. He also said he would personally kill Mashal for his alleged blasphemy,” said Khan. “After the management’s claims, another student, Faheem Alam, told the meeting he had witnessed Mashal’s blasphemy.”

Khan told the magistrate that the speech had incited the gathered crowd, which soon grew into an unruly mob. “The mob then rushed to the hostel to find Mashal and his friends. They first found Abdullah and tortured him. Then they moved onto Mashal.”

Khan said he was ashamed of his part in Mashal’s killing, but claimed the responsibility for the murder lay at the hands of the management.

Earlier, Abdullah had also told the court that the university administration had sought to evict Mashal following an interview with a Pashto TV channel in which the deceased had accused the management of being corrupt. The police chief of Khyber-Pakhtunkhwa province, Salahuddin Mehsud also told media that there was no evidence Mashal or his friends had committed any kind of blasphemy.