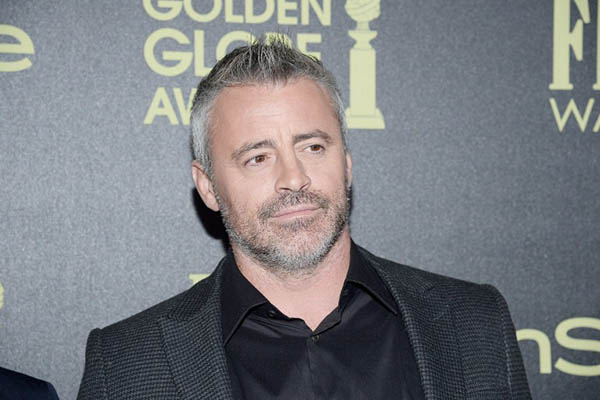 The 48-year-old Friends star is the first non-British host in the four-decade history of the show, being relaunched after flamboyant host Jeremy Clarkson was dropped last year for punching a producer. LeBlanc holds the record for the program’s ‘Star in a Reasonably Priced Car’ segment, in which he has twice appeared.

“As a car nut and a massive fan of Top Gear, I’m honored and excited to be a part of this iconic show’s new chapter,” LeBlanc said after his appointment was confirmed by the show’s producers. “What a thrill!” added the actor, who played Joey Tribbiani on the NBC sitcom Friends—which ended 12 years ago but whose cast members will reunite for a one-off special announced last month.

British broadcaster Evans, named last year to front the revamped show to be broadcast from May, added: “Matt’s a lifelong fellow petrol-head and I’m thrilled he’s joining Top Gear. Acting out our craziest car notions on screen is a dream job and I know we’ll both be debating some epic road trip ideas. We can’t wait to share what we’ve been up to on screen later this year,” he added.

The Golden Globe-winning actor—he won the award for his work on the BBC Two/Showtime series Episodes—recorded the fastest ever celebrity lap of the famous Top Gear track at 1 minute 42.1 second in the Kia C’eed in an episode aired in February 2012.

LeBlanc also presented a recent standalone spin-off Top Gear: The Races, which featured some of the most memorable racing moments from the previous 22 series. He joins production of the show immediately, said the BBC, adding that additional Top Gear cast members “will be confirmed shortly.”

Clarkson was dropped last year from Top Gear, the high-profile BBC motoring show, which has millions of fans worldwide, after hitting producer Oisin Tymon in March.

In July, it was announced that he plus co-stars James May and Richard Hammond had signed a deal with streaming service Amazon Prime to make a new series about cars.