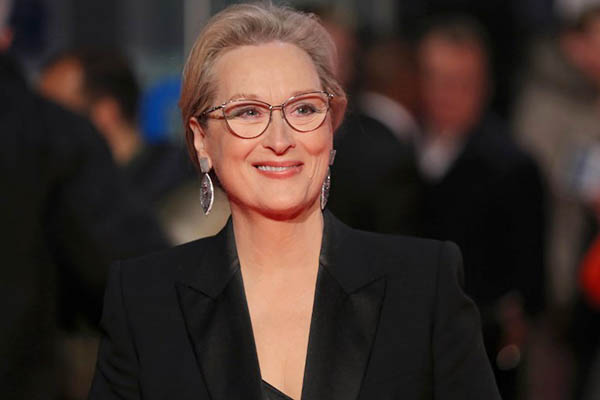 The triple Oscar winner will star opposite Reese Witherspoon and Nicole Kidman in the second edition of a show that won plaudits for tackling domestic violence at a time when U.S. society is increasingly focused on its treatment of women.

Streep will play Mary Louise Wright, the grieving mother of Perry, the character played by Alexander Skarsgard, who died at the end of season one after being unmasked as a wife beater. Streep’s character will search for answers after her son’s death, HBO announced.

Best known for her work in cinema, she won an Emmy for her performance in HBO miniseries Angels in America in 2003 and also appeared on Showtime’s Web Therapy.

On Tuesday, Streep broke her own Oscar nomination record with her 21st nod for her role as Washington Post publisher Katherine Graham in The Post.

Big Little Lies tells the story of three California mothers in the uber-wealthy enclave of Monterey, California, whose seemingly perfect lives disguise behind-the-scenes jealousy, secrets and drama. A major hit with viewers, it won four Golden Globes, including for best TV movie or limited series and three acting gongs for Kidman as an abused wife, Skarsgard and Laura Dern, who plays a mother trying to find out who is bullying her daughter.

It also walked off with eight Emmy awards including Outstanding Limited Series, as well as individual gongs for its Oscar-winning stars Kidman and Witherspoon.

Based on Liane Moriarty’s bestselling novel, it was initially broadcast as a mini-series, and was not intended to run beyond seven episodes shown at the start of 2017.

The show aired last year as the #MeToo movement gathered force following revelations of chronic sexual harassment by Hollywood mogul Harvey Weinstein and others. HBO announced last month that Big Little Lies would be back for a second season, to be directed by Andrea Arnold, who won an Oscar in 2005 for her short film Wasp. Writer David Kelley, who wrote the first season, will write all seven scripts for the second season.