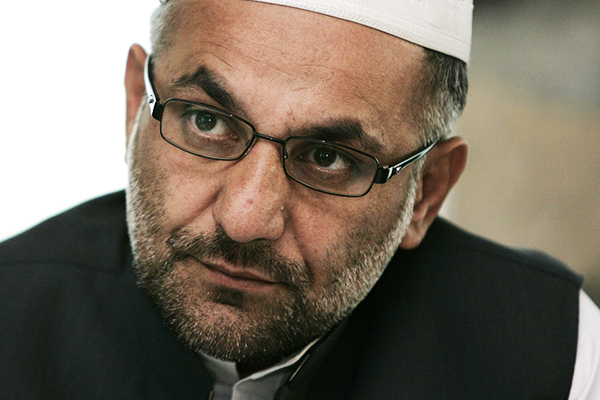 At least 18 others wounded in mosque attack.

The governor of Afghanistan’s Logar province, Arsala Jamal, was assassinated today as he spoke after Eid prayers at a local mosque. The bomb that claimed his life was hidden in a microphone. At least 18 others have been wounded in the attack.

“This morning, Governor Jamal was delivering a speech after Eid prayers when he was killed by a bomb planted in the microphone,” said Din Mohammad Darwish, who was Jamal’s spokesman. “The governor wanted to speak and congratulate everyone on the occasion of Eid. At least 18 other people have been wounded, including civilians and government employees.”

No group has yet claimed responsibility for the assassination, though Taliban militants often target government officials as well as Afghan soldiers and police.

Jamal was one of Afghanistan’s 34 provincial governors. He was a close ally of President Hamid Karzai, whose 2009 election campaign he helped manage. Jamal took up the Logar job in April, after serving as governor of Khost.

Karzai himself did not mention Jamal’s killing in his presidential Eid address on Tuesday, but appealed, once again, for peace. “Hamid Karzai called on the Taliban to work for the development of their country, and to spare Afghan security forces—who are working to protect their soil, national dignity—and to stop carrying out attacks,” his office said. He “called on the Taliban and their leaders not to throw the youth of this country into destruction.”

Volatile Logar, which lies to the south of the Afghan capital, is seen as a key strategic region, often described as a “gateway to Kabul” for Taliban militants based in strongholds across the south and east. Security in the province has deteriorated in recent years, with the Taliban holding sway in some areas despite sustained Afghan and U.S. military pressure.

Village-based Afghan Local Police forces have also been active trying to wrestle back control of Taliban-held territory. The Taliban have vowed to step up attacks as Afghanistan prepares for presidential elections in April and the withdrawal of 87,000 NATO troops by the end of next year. Taliban chief Mullah Omar said on Sunday that he “rejected” the elections, which he alleged were being manipulated by foreign powers, and called on Afghans not to participate.

The U.S. and Afghanistan are currently in the final stages of talks on a bilateral security agreement that would see several thousand U.S. troops remain in the country to aid stability and to continue training local security forces. Omar warned any U.S. bases remaining on Afghan soil “will never be accepted,” and that “armed jihad will continue against them with more momentum.”