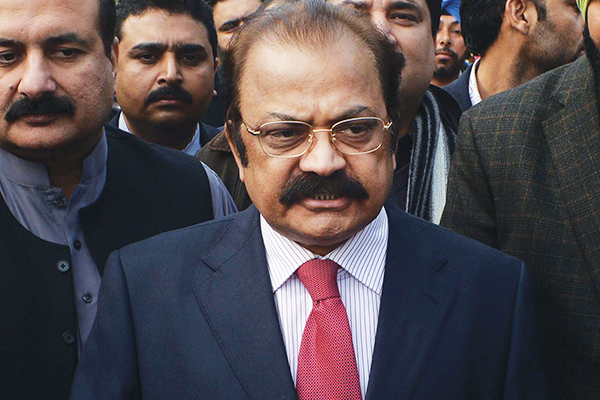 Punjab Law Minister Rana Sanaullah has been forced to apologize on TV after voicing a stupidly vulgar remark about the women gathered at Imran Khan’s April 29 rally at Lahore’s Minar-e-Pakistan. He was not alone. Fellow Pakistan Muslim League (Nawaz) lawmaker Abid Sher Ali also passed vulgar comments against female supporters of Tehreek-e-Insaf, prompting a swift backlash that left both Ali and Sanaullah socially pilloried across Pakistan. This is a welcome development in a country whose patriarchal culture actively supports the maltreatment of women.

Women have increasingly dared to come out and show their political will at PTI meetings. This is because they relate to the message of Imran Khan as a social worker and politician. One has to compliment the PTI for clamping down on its hooligan elements, who had started harassing women during political rallies. But conservative politicians—who inhabit all major political parties in Pakistan—are still embedded in the misogynist tradition: if they want to insult men they begin by demeaning their “sisters.” Not so long ago, a member of the PMLN embarrassed the entire nation by insulting a PTI MNA by this “method” of denigration.

This was a particularly embarrassing incident for the PMLN, which is no longer the conservative-misogynist party that once prided itself on campaigns of sexual insult against late Prime Minister Benazir Bhutto. The ultimate act of woman-hatred was her assassination at the hands of the ultimate male-chauvinist Taliban. This was symbolically followed in protest by widespread destruction of public property across the country, a measure of how civilization reacts against injustice to women.

Today, a “liberal” Nawaz Sharif is training his daughter to be the next PMLN leader. Those who dishonor women keep getting the message of warning: a nation that maltreats its women is doomed to collapse under the weight of its folly. If an arch-misogynist Saudi Arabia can realize this—and seek to finally give women rights long denied them—why can’t our politicians change their primitive attitudes as well?