Mohammad Aamer’s Match-Fixing Ban to Be Reviewed by ICC 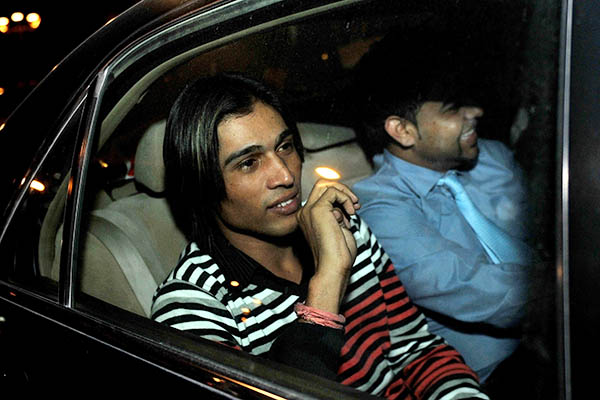 Officials plan to discuss, and possibly adopt, the new code in January, according to a statement issued after a two-day ICC board meeting in London.

“The ICC board was informed that a revised version of a more robust and strengthened ICC anti-corruption code will be submitted for discussion/approval at the January 2014 meeting,” said the statement. “During the discussion, the matter of Mohammad Aamer’s five-year ban also came up for discussion. The ICC board decided to review the matter in due course after the revised ICC anti-corruption code has been finalized and adopted.”

Prior to this weekend’s meeting, the PCB, who have taken up Aamer’s case, had set great store by the opinion of a senior British lawyer or Q.C. that the bowler’s “unjust and perverse” ban should be relaxed to at least allow him to play first-class cricket, given his admission of guilt and appearance in ICC anti-corruption videos.

The PCB, responding to Saturday’s announcement, said they’d been encouraged by their talks with England and Wales Cricket Board chairman Giles Clarke, who is heading up an ICC anti-corruption laws review committee. “Mr. Giles Clarke, head of the ICC’s anti-corruption laws review committee working group, assured PCB Chairman Najam Sethi that he would work with him to find ways and means of positively reviewing the young fast bowler’s (Aamer’s) case,” a PCB statement said. “Earlier, Mr. Sethi made a passionate pitch before the ICC board to review Aamer’s case and enable him to play first-class cricket as soon as possible. The British QC engaged by the PCB has argued that, keeping in view the acceptance of guilt by Mohammad Aamer, the ban has become unjust and perverse.”

The PCB statement said Sethi, since becoming PCB chairman, had “tirelessly argued for Mohammad Aamer at all forums of the ICC” and would be pressing his case again at the next board meeting.

In February 2011 the now 21-year-old Aamer was banned for five years, along with teammates Salman Butt and Mohammad Asif, for deliberately bowling no-balls in return for the promise of money during the 2010 Lord’s Test against England.

Butt, Pakistan’s captain at the time of the incident, which came about as a result of a sting operation by now defunct U.K. tabloid News of the World, was banned for 10 years (five suspended) and Asif seven years (two suspended).

There was, however, widespread sympathy for talented left-arm paceman Aamer, who at the time of the scandal was regarded as world cricket’s hottest property, He’d made a huge impression in 14 Tests, taking 51 wickets at an average of under 30 apiece following his debut in 2009, with a best of six for 84 against England at Lord’s in 2010—the same match in which he bowled the no-balls that led to his downfall.

Ahead of the ICC board meeting, PCB legal adviser Taffazul Rizvi said Aamer deserved credit for pleading guilty and cooperating with the ICC’s Anti-Corruption and Security Unit (ACSU).

“Our point of view is that Aamer has accepted his guilt, is cooperating with the ACSU and has made a video to warn future generations (about the dangers of match-fixing),” Rizvi said. “We believe the ban was imposed when he was only 18 and contesting the allegations at that time. We think it ought to be reviewed, whereby some door can be opened to allow him to play domestic cricket or train,” Rizvi added.