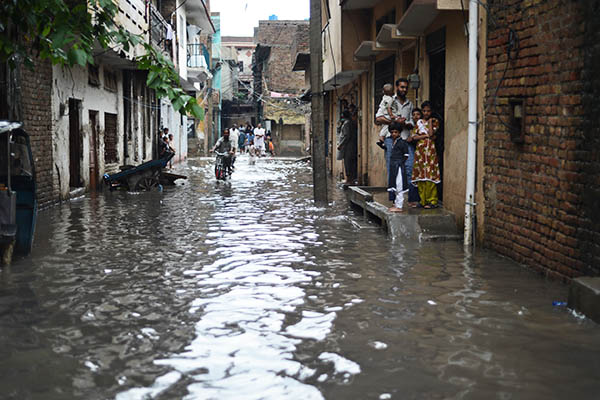 At least eight dead, 25 injured after roofs collapse due to heavy rain and hailstorms.

Heavy rains and hail on Thursday killed at least eight people, including two children, and injured at least 25 others in Khyber-Pakhtunkhwa province, officials said, raising the death toll of rain-related deaths this month to 26.

“Four people of one family and four others died in various parts of Peshawar after the roofs of their houses collapsed due to heavy showers and hailstorms,” said Zahir-ul-Islam, a senior administration official in Peshawar. “At least 25 others, including five women, were also wounded,” he added.

Islam said the wounded had been shifted to the Khyber Teaching Hospital and the Hayatabad Medical Complex, adding that a medical emergency had been declared at all hospitals in Peshawar. “The roofs of over 11 houses collapsed in the Khyber Agency and we fear there will be more casualties,” Mohammad Tayyab, the political agent of Bara Tehsil, told Newsweek via phone.

Khyber-Pakhtunkhwa is ruled by the Pakistan Tehreek-e-Insaf, which is currently protesting against the sitting prime minister over alleged rigging in the 2013 general elections. On Aug. 15, a day after the protests were launched, 18 people died in similar circumstances.