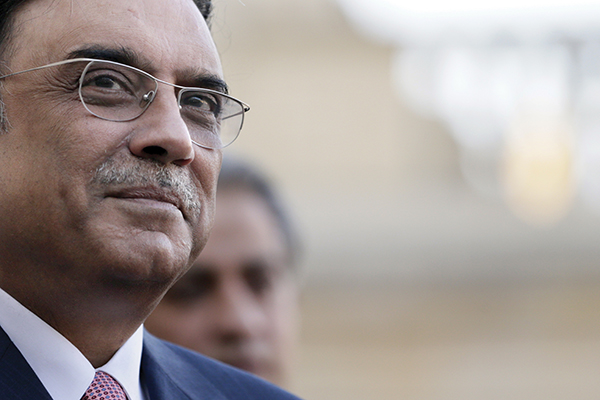 Is Zardari trying to have it both ways?

The announcement was supposed to put a clock on Prime Minister Nawaz Sharif’s term in power, according to the Sindh-ruling Pakistan Peoples Party itself. Instead, speaking at Garhi Khuda Bukhsh on Dec. 27 to mark the ninth anniversary of Benazir Bhutto’s assassination, her son and party chairman, Bilawal Bhutto Zardari, and her widower and party co-chairman, Asif Ali Zardari, said they would hold Sharif’s feet to the fire by joining the National Assembly.

This is not an unwelcome change of tack. It reflects both the political suppleness of the elder Zardari—who returned to Pakistan on Dec. 23 after 18 months in self-exile—and the unbridgeable gap between the party’s self-avowed hype and its withered reality.

The PPP’s threats to Sharif were unwarranted to begin with. The Pakistan Muslim League (Nawaz) governments in Islamabad and Lahore are not perfect, but they are delivering. (And only Pakistan Tehreek-e-Insaf’s chief, Imran Khan, can really criticize Sharif’s alleged corruption with a straight face.) Threatening overthrow of an elected government is not being pro-Pakistan. It is also antithetical to the PPP’s political belief system, and, even if the PPP were to somehow succeed in ousting Sharif, it would reap virtually no benefit from the outcome: if there are fresh general elections prior to 2018, the PPP would likely pick up a handful of National Assembly seats from the Punjab—only because of the PTI’s unending implosion.

The PMLN, gestated and nurtured by the establishment, ran into trouble with that same establishment after coming into power in 2013 because of its shift away from the anti-India posturing that has long been, and remains, the touchstone of political validity in Pakistan. The senior Zardari and Sharif are both realists on India and know what it is like to be hounded by the establishment for being naysayers to its isolationist worldview. Zardari knows that Sharif has fallen victim to the same realism the PPP had espoused when in power.

As a dealmaker, Zardari is expected to secure himself against the onslaught of law-enforcement action against his party and allies in Sindh. He will first see how much he can soften the ruling PMLN into supporting his survival in the south. To achieve this leverage, he will play his opposition card, aligning with politico-religious parties and offering Khan the false hope of PMLN’s premature ouster from power. And his party will continue to accuse Sharif of being pals with his Indian counterpart, Narendra Modi (as if a good personal equation between two elected heads of government is a bad thing).

The PPP will denigrate India and the PMLN’s policy toward it to signal to the establishment and others that the PPP is moving to the right. Survival demands endless mutation from a Zardari made conscious of his party’s isolation in the media, where retired Army officers speak as a phalanx of unchanging isolationism without inner dissent. This theater is all based on the presumption of China as the unquestioning benefactor which will keep Pakistan from going into its final spasm. Pakistan will soon find that China, like the U.S. before it, has its limits.