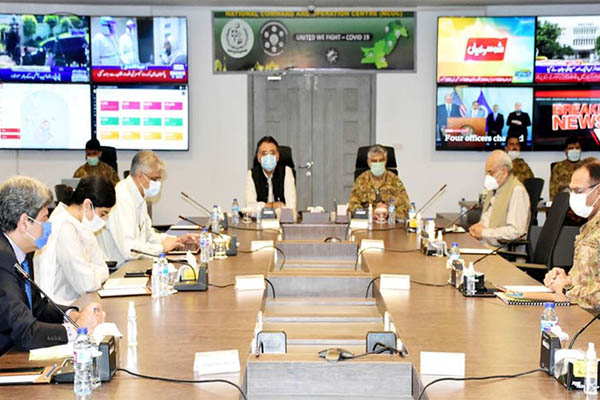 In the 48 hours since Pakistan allowed educational institutions to reopen due to declining cases of the novel coronavirus, 22 facilities that had not been complying with government-issued guidelines have been closed once again, the National Command and Operations Center (NCOC) announced on Thursday.

“During the last 48 hours, 22 educational institutions across Pakistan have been closed due to non-compliance of health SOPs/protocols and disease prevalence,” read a statement issued by the NCOC. It said that of the 22, 16 were located in Khyber-Pakhtunkhwa province; one in Islamabad; and five in Pakistan-administered Jammu and Kashmir.

On Monday, the Islamabad Capital Territory administration announced that the Riphah Medical College had been sealed after 16 cases of COVID-19 were reported among its staff and students. Similarly, the Sindh government has also announced that is has sealed several schools and colleges over non-compliance with SOPs.

The Government of Pakistan on Tuesday allowed higher educational institutions to reopen after six months, with Education Minister Shafqat Mahmood saying that the phased reopening would be extended to grades 6-8 from next week, while primary schools would be allowed to reopen from Sept. 30.

Authorities have directed all public and private educational institutions to ensure mandatory mask usage and provide hand sanitizers at all entrances. They have warned that if there is a visible spike in confirmed infections due to schools reopening, they would be shut down once more.