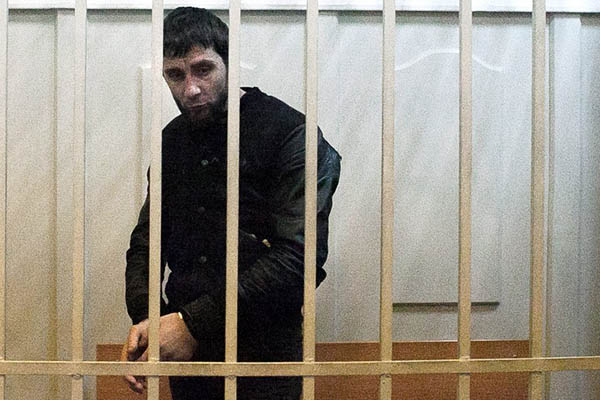 Four others have pleaded innocent, though investigators claim there is proof of their involvement.

A Russian judge said Sunday one of the five suspects in the murder of opposition activist Boris Nemtsov had confessed to his involvement, as four others pleaded innocent in a Moscow court, state media reported.

Judge Nataliya Mushnikova said Zaur Dadayev had signed a confession stating his involvement in the crime. She ordered his detention extended until April 28. “The participation of Dadayev is confirmed by his confession,” she told the court.

Dadayev, a former deputy commander for the Chechen police, and Anzor Gubashev, who worked for a private security company in Moscow, were arrested on Saturday in the republic of Ingushetia, which neighbors Chechnya in the volatile northern Caucasus. They were both charged with murder, however Gubashev denied his involvement.

Three other suspects, who have not been charged, claimed they were innocent however a representative for the investigation told the court there was “proof of their involvement.” They were named as Shagid Gubashev, Anzor’s younger brother, Ramsat Bakhayev and Tamerlan Eskerkhanov.

The suspects were detained a little over a week after Nemtsov, a longtime critic of President Vladimir Putin, was shot four times in the back as he strolled with his girlfriend along a bridge in full view of the Kremlin and Red Square.