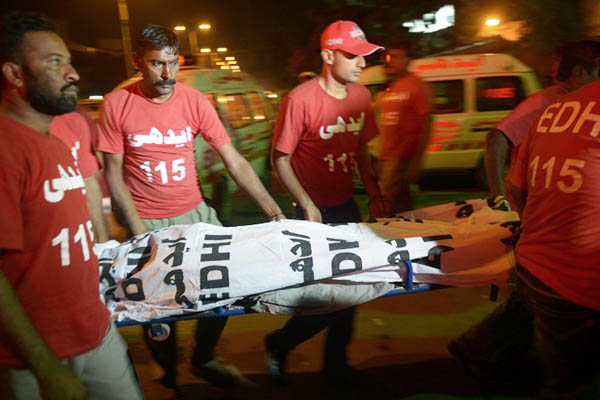 The clash occurred in the Mian Khan Goth area of the port city.

Nine Taliban insurgents were killed in an exchange of fire in Karachi on Sunday, police said.

The clash broke out in the Mian Khan Goth area near the National Highway after police received intelligence information about the presence of Tehreek-e-Taliban Pakistan (TTP) militants in a hideout. “The terrorists opened fire on police after they were surrounded, forcing us to retaliate,” said senior local police official Rao Anwar. “Nine terrorists were killed in the exchange of fire,” he said, adding an explosives-packed rickshaw and a large quantity of weapons were also recovered from the hideout.