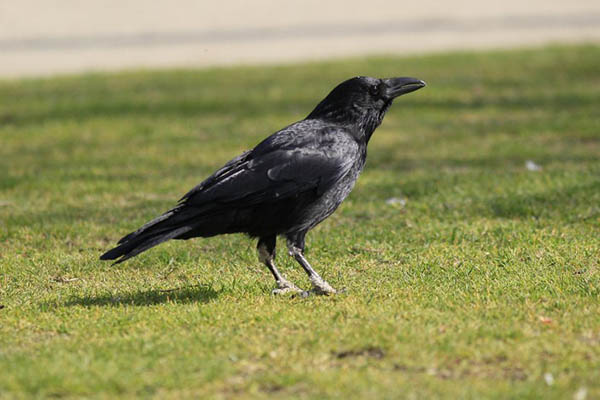 New study finds that ravens have skill to plan ahead

Long admired for their intelligence, ravens are now known to be able to plan ahead, a skill previously thought to belong only to humans and great apes, said a study on Thursday.

Researchers put the birds through a series of tests and learned that ravens could remember key information for a future task, said the report in the journal Science. Even more surprisingly, ravens showed these skills in tool use and trading, behaviors that might not be expected in the wild.

Until now, some corvids—the family of birds that includes ravens—have shown the ability to plan beyond the present, for example by hiding food for later. But the latest experiments revealed that ravens can wisely forego an immediate reward in order to get a better one in the future.

In one test, ravens were trained to use a tool to open a puzzle box in order to access a reward. The ravens were then briefly given the box, but not the tool.

An hour later, the ravens were given the opening tool, as well as several items meant to distract them. “Nearly every raven chose the correct, apparatus-opening tool; upon being presented with the box 15 minutes later, they used the tool to open it, with a success rate of 86 percent,” said the study.

In other experiments, ravens used a token to barter for a reward, and proved themselves more adept at planning for future trades than apes. Finally, ravens were presented with the correct tool to open a box along and an immediate reward, but were only allowed to choose one or the other.

Ravens remembered that the reward in the box was better than the immediate reward, and showed “a level of self-control in the birds similar to that seen in apes,” said the report.

According to an accompanying Perspective article in the magazine, ravens’ motivation for planning is still unknown, but it may be similar to ours. “The human brain stores memories of past events to guide decision-making about current and future events,” wrote psychologists Markus Boeckle and Nicola Clayton of the University of Cambridge.

Planning tends to come about when the higher value of a future reward is palpable, or when one imagines the happiness that will come by retrieving food in the future, they wrote. “For ravens just as for humans, memories are thus more for the future than for the past.”