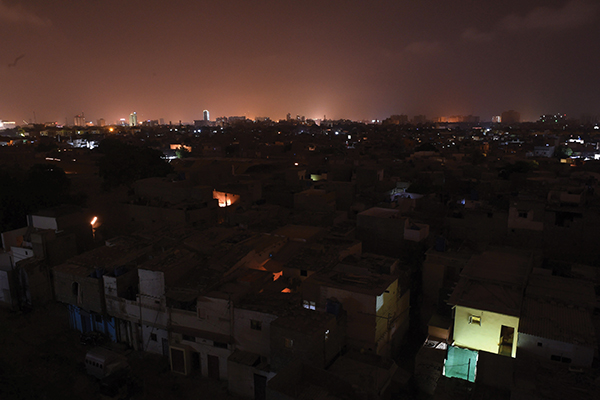 Pakistan’s energy management is a lot of hot air.

The PPP-led government had selected China’s Dongfang Electric Corporation as Nandipur’s contractor. Lo and behold, on June 21, 2013, the Public Procurement Regulatory Authority blacklisted Dongfang “till further orders” for having “failed to fulfill [its] contractual obligations and solve the chronic technical problems” in a Railways contract. PPRA posted the notification on its website as a warning for other companies not to carry out any business with it. But the contractor was kept on.

Dongfang was to complete construction of the Nandipur project by April 2011. This did not happen. On May 31, 2014, Prime Minister Nawaz Sharif finally inaugurated the first 95-megawatt turbine. Characterizing the long delay in construction as “an unforgivable sin,” Sharif said his critics “should see that the government is building Pakistan again.” Lo and behold, the first turbine had to be shut down after only five days of operation, during which time it set another record: according to the National Transmission and Despatch Company, Nandipur generated electricity at a whopping Rs. 42 per kilowatt-hour.

On July 10, 2015, Abid Sher Ali, minister of state for water and power, suggested that Nandipur’s streak of records would continue: the Ministry of Water and Power had decided, he said, to convert Nandipur from furnace oil to gas. The cost escalation so far has been 365 percent—and now an additional Rs. 1.2 billion will be spent on the fuel conversion.

That government had selected Gezhouba Group and China National Machinery Import and Export Corporation as Neelum-Jhelum’s contractors. For the record, there has already been a cost escalation to the tune of 655 percent and the project is now expected to be ready by 2016.

Lo and behold, on Nov. 19, 2012, Transparency International-Pakistan requested the-then Prime Minister Raja Pervaiz Ashraf “to order an inquiry into the award of contract of two tunnel-boring machines [for the project] in which it is alleged that $74 million have been taken as kickbacks.”

Buchwald had it right: “You can’t make up anything anymore. The world itself is a satire. All you’re doing is recording it.”