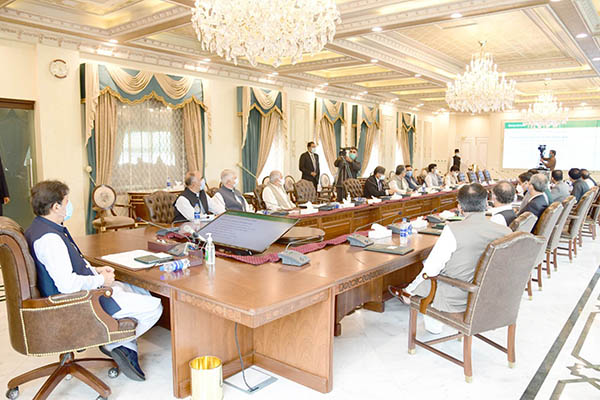 Prime Minister Imran Khan on Wednesday said the development and uplift of the FATA areas that have been merged into Khyber-Pakhtunkhwa is among the topmost priorities of the incumbent government, adding that timely disbursal of allocated funds for infrastructure development there would be ensured.

Chairing a meeting in Islamabad to review progress on energy and development projects in the former FATA areas, Khan directed the National Electric Power Regulatory Authority (NEPRA) to resolve all issues related to the enforcement of electricity transmission as soon as possible after consulting with stakeholders. He also directed officials to ensure provincial representation in all energy related board of directors.

During the meeting, the prime minister directed the power and finance ministries, as well as the Federal Bureau of Revenue and provincial governments to devise a mechanism over payment of net hydroelectric power profits.

Referring to the Chashma Right Bank Canal project, Khan directed the officials concerned to complete the feasibility for it within six months, saying it was very important for socioeconomic development of the region.