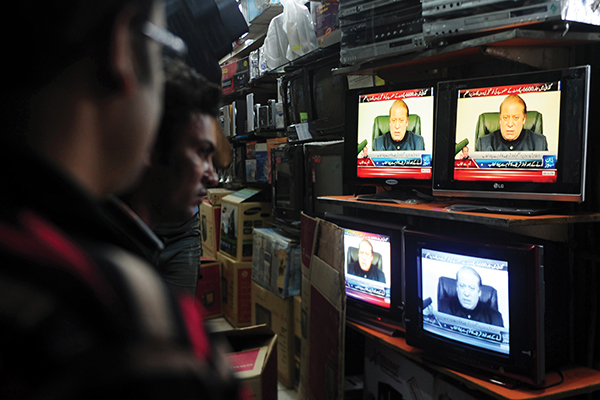 And it’s back to face time with terrorists. Despite the refusal of the Tehreek-e-Taliban Pakistan and its franchisees to engage in formal peace talks with the Pakistan Muslim League (Nawaz)-led government, Nawaz Sharif, in his first address to the nation since being elected prime minister in June, has asked militants to talk truce. Sharif wants to “invite for dialogue all those elements who have, unfortunately, adopted the path of extremism.” But Sharif, whose government has been widely criticized for failing to improve law and order, clearly pointed out that his offer was not a sign of weakness. “I want an end to terrorism whether it is through dialogue and reconciliation or through full use of force,” he said. Public confidence in the government’s ability to manage terrorism has been shattered by the Aug. 15 lone-gunman standoff in Islamabad and the interior minister’s claims that an international conspiracy was behind it. Sharif has no time to lose. According to recent reports, terrorists were planning to kidnap his brother Shahbaz Sharif, Punjab’s chief minister. Given the intransigence of the militants, Sharif’s option of full use of force may come quicker than Pakistanis can prepare for.