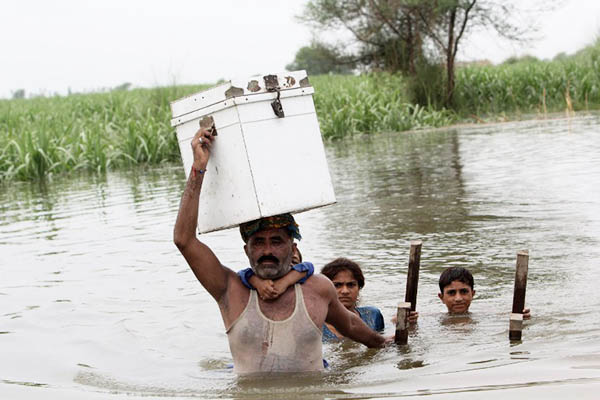 At least 28 people killed across country as torrential rains continue.

According to a statement issued by the ISPR, the Army has distributed 17.5 tons of rations in worst affected Chitral and rescued 164 people via helicopter from various districts of the region. The statement also notes that the military is repairing damaged roads and endeavoring to restore access to areas that have been cut off due to landslides and flash floods.

The statement claims that 71 people have been rescued in southern Punjab and medical camps have been established at Rajanpur and Layyah to cater to the affected people. Another 13,893 have been evacuated from Rahim Yar Khan, Sadiqabad, Khanpur and Liaqatpur, it added.

According to the National Disaster Management Authority, 206,813 acres of crops have been damaged in Punjab, and 422 houses damaged. It said that over 200,000 people had been affected by this year’s flooding and 21 relief camps had been established to help them.