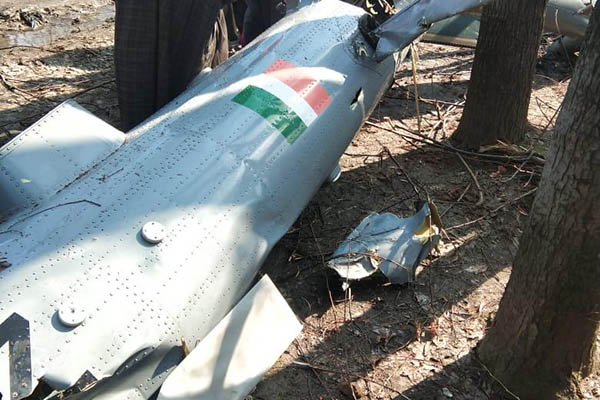 The Pakistan Tehreek-e-Insaf-led government on Thursday marked ‘Surprise Day’ to commemorate the anniversary of the Pakistan Air Force’s successful retaliation to India’s botched airstrikes at Balakot.

On Feb. 27, 2019, the Pakistan Air Force conducted Operation Swift Retort, shooting down two Indian Air Force fighter jets and targeting areas near Indian military facilities in India-held Kashmir as a response to India’s strikes within Pakistani territory. The operation also resulted in the capture of Indian pilot Wing Commander Abhinandan Varthaman after his Mig-21 was shot down. The pilot was later handed over to Indian authorities as “a goodwill gesture.”

As part of the anniversary celebrations, the Lahore Arts Council has organized various programs, including an exhibition of paintings at the Alhamra Art Gallery and the staging of a play, Hum Say Na Takrana. A celebratory “walk” has also been arranged to mark the day.

Earlier, the Pakistan Air Force conducted a ceremony at the Air Headquarters in Islamabad to commemorate ‘Surprise Day.’ Addressing the event, Chief of Air Staff Air Chief Marshal Mujahid Anwar Khan said the occasion commemorated the “resounding victory” of Operation Swift Retort. “The Pakistan Air Force, living up to its legacy yet again, made its mark through professional excellence and valor,” he said, adding that the prompt response had shattered the “aggressor’s arrogance.”

Thanking Allah for the PAF’s success, he said that decades worth of hard work, investment in PAF operational capacity and heroic acts of personnel had ensured the Air Force would remain a fundamental part of Pakistan’s national defense.

Describing the PAF as a “hard-hitting” force that is focused on its mission, Khan said the organization had, over the last two decades, solidified its professional training and capability enhancement. “My comrades, while I assure Pakistani nation on the preparedness of PAF to counter threats, we will not compromise on sovereignty or territorial integrity of Pakistan,” he said, adding that the PAF was professionally “second to none.”

The chief of Air Staff also witnessed a guard of honor and a fly-past at the ceremony, which was attended by various dignitaries. A video about the Kashmir conflict was also played at the ceremony, looking at the events leading up to last year’s aerial combat between Pakistan and India.